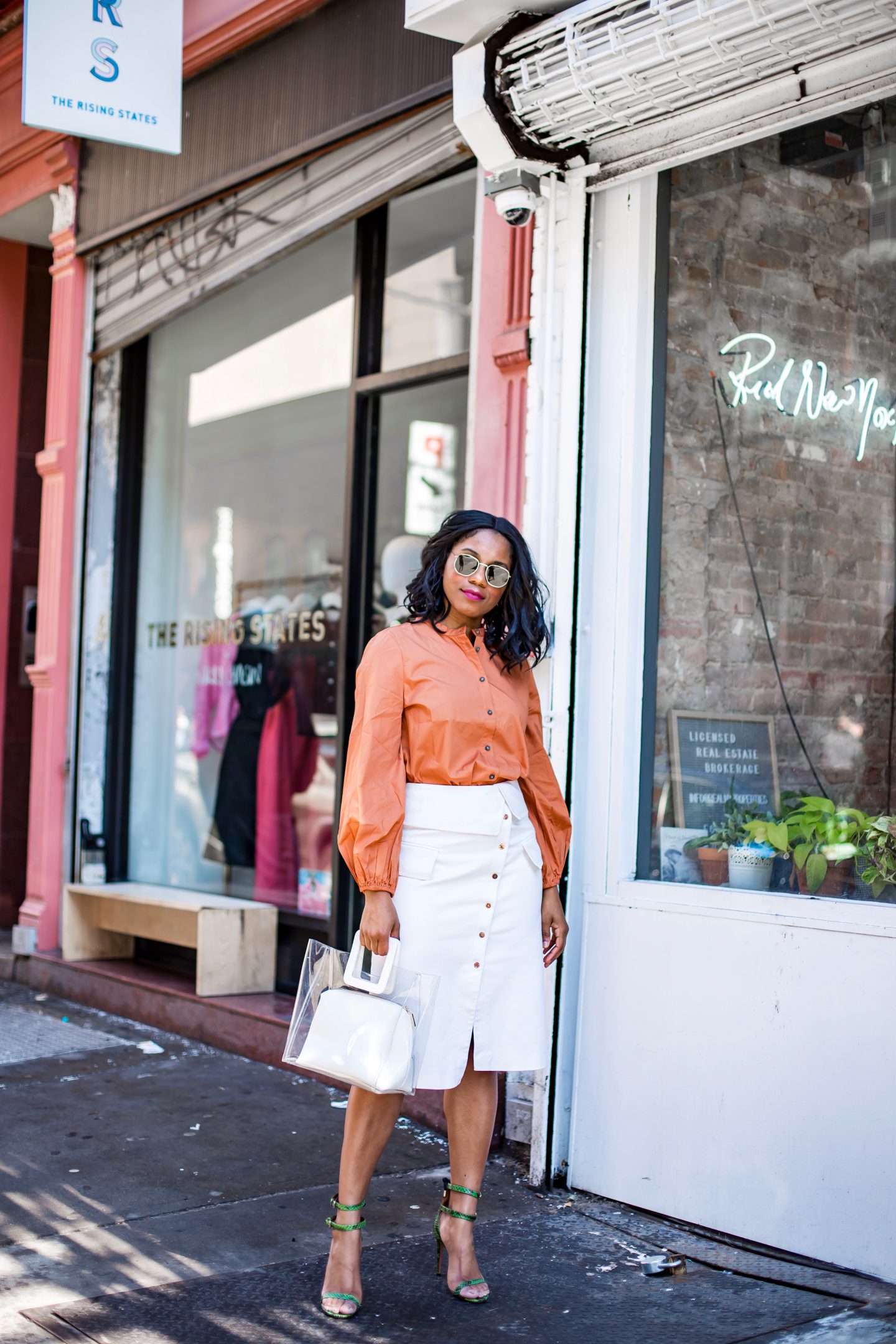 I love living in New York. One of the main reasons I love living here is because it’s a magnet for young black women who write. Writing here is an actual career that one can pursue an actually make a decent living doing so. When I told my parents I wanted to switch my major to Journalism in undergrad they scoffed. I still took all the classes, on top of all my science prerequisites for my main Exercise and Sports Physiology Degree. Imagine me, late night in the library, writing Haiku’s for my Poetry Writing class while simultaneously studying for an Organic Chemistry test. I made a D in Organic Chemistry and had to retake it in order to get accepted to the Doctor of Physical Therapy Program at NYU but I Aced the shit out of my poetry class. Anywho, now here I am, a full-time blogger and editor of my independent magazine, Steele, and I consider myself a writer first. Always have, always will. My favorite part about being a blogger is getting to tell stories and seeing how people relate or react to them. Yeah it’s cool that someone may like my outfit, but the best compliments are those on my writing. Those hit me right in the heart. Some of my favorite articles include: The Token Black Girl , Men Really Do Love a Damsel in Distress and Started from the Bottom. You can check out all my deep musings here in the Essays Category. New York City has a plethora of amazingly gifted black women who write. Some only write only enough characters to fill a tweet, some write for the top print magazines, some are owning the digital space but they are all super inspiring, telling our stories and making the world just a little bit brighter for black girls who read everywhere. 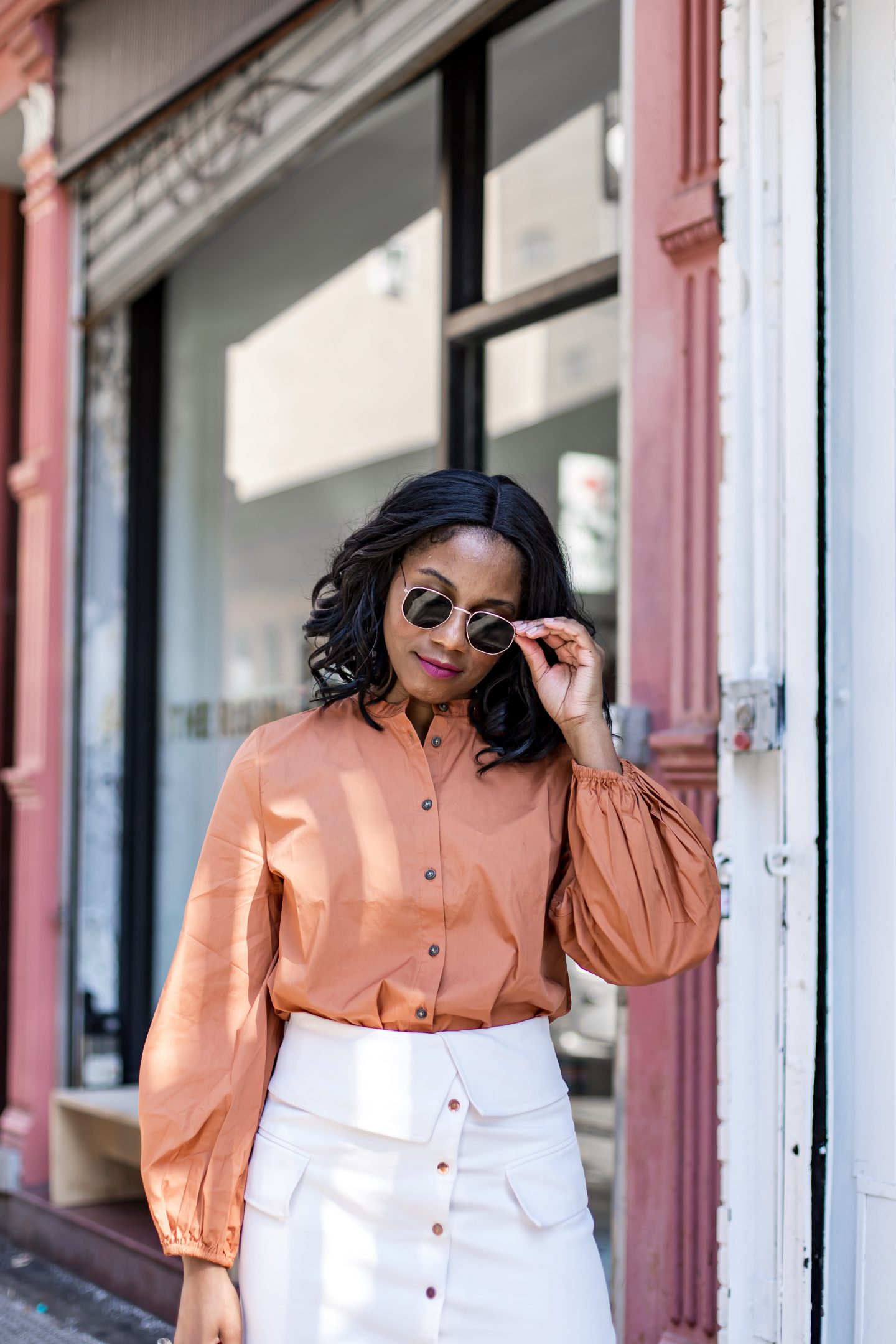 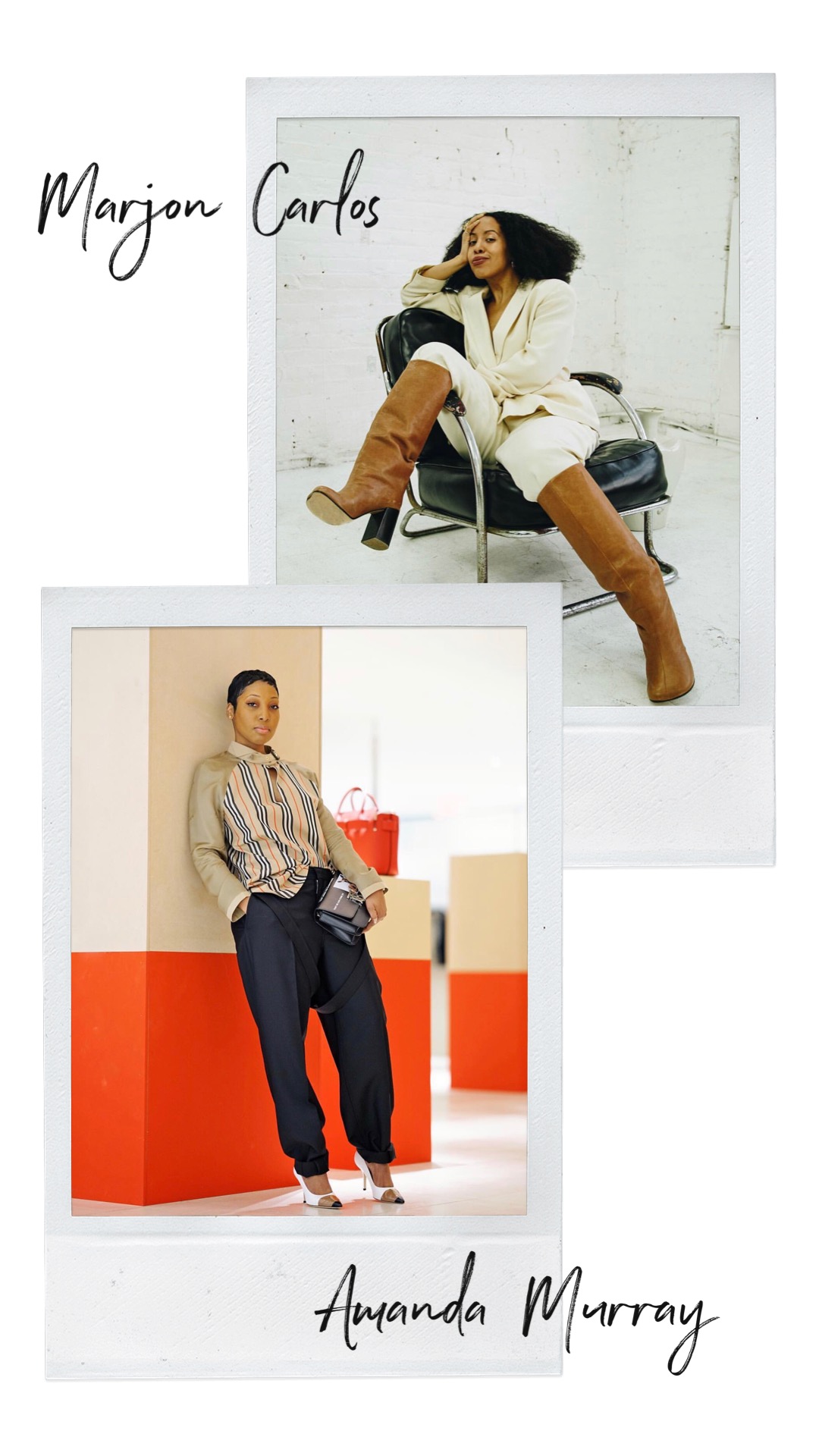 Former Vogue alumna and now freelance and on every digital publication from Net-a-Porter to The Cut, is your favorite auntie Marjon and she dresses the part. I absolutely love her sense of style. She’s never overdone but always outshines. But more than that she has a really raw voice when it comes to writing. She knows how to tell a story and the stories she tells almost always speak to the black woman. Here’s some of my favorite work of hers:

Now she may not consider herself a writer but she definitely is whether she wants to be or not. Her encyclopedic knowledge about fashion makes her highly sought after for her opinion on everything happening in the fashionsphere. After beloved Phoebe Philo left Céline ( ACCENT AIGU FOR LIFE) Amanda was the one who came with the honest to God truth in her op-ed for Teen Vogue: People Are Scrambling to Buy Old Céline After Hedi Slimane’s Controversial Collection. I can’t wait to read more from her, hopefully real soon! [/one_half_last] 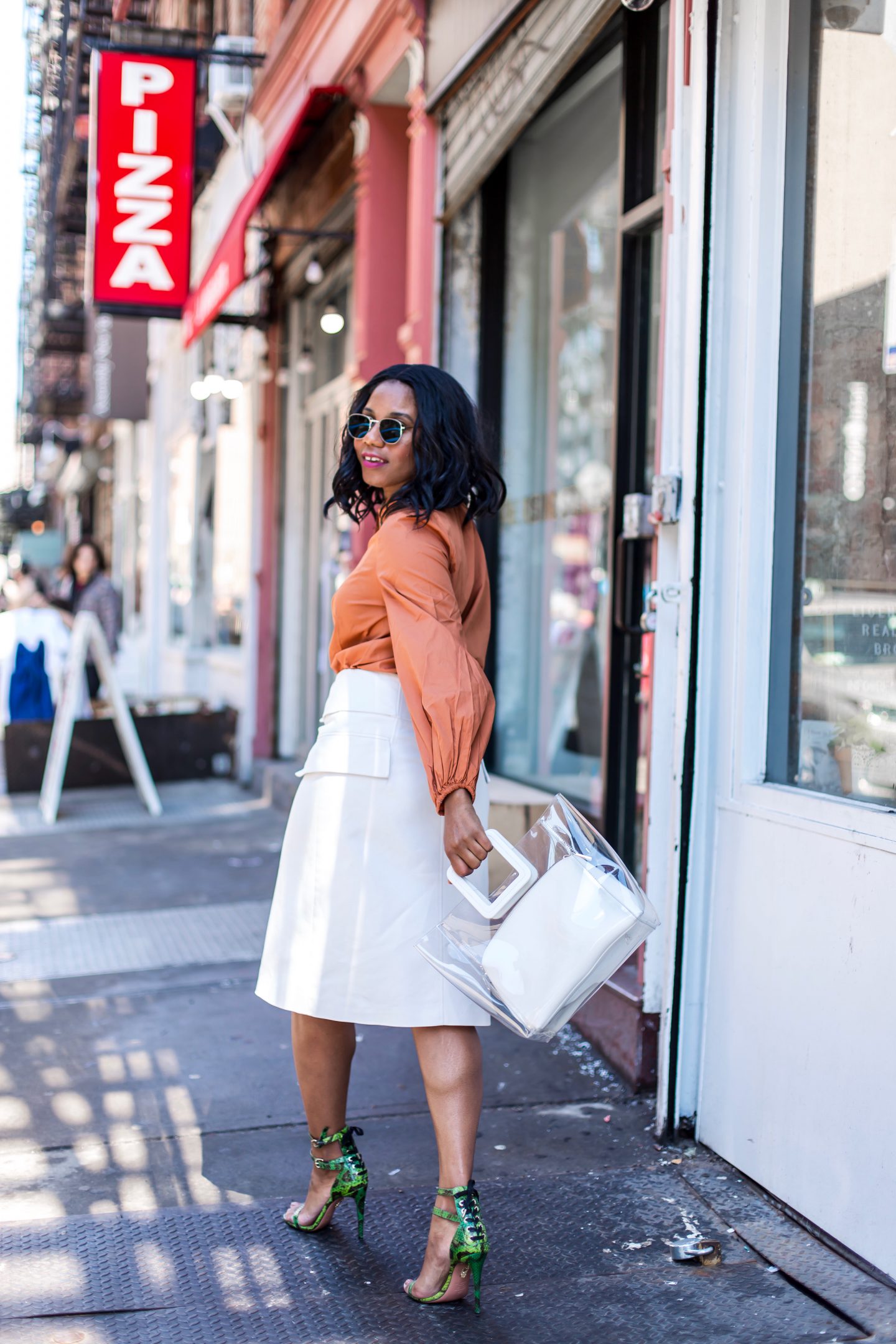 Every Nigga Is A Star. Whew..aint that a word. Those words are framed in a photo as Lindsey sits in a chair for her Into The Gloss feature when she was fashion editor at The Cut. I didn’t think it was possible to love her more until that moment. I’ve met her a few times and always end up being super awkward and weird around her. Why can’t I just be normal! Anywho she’s now the Editor and Chief of Teen Vogue and she’s amazing. I absolutely love her sense of style.

She’s been in this game for a hot minute and been one of the writers I’ve looked up to for years. She’s currently the Style Director at elle.com and is one of the most humble and genuinely nice women in the industry you’ll ever meet. I know I didn’t take the conventional route when it comes to writing/blogging and that the only publications I write for are the two I own, but she always makes me feel super welcome and like I have a seat at the table. No matter the route I took. 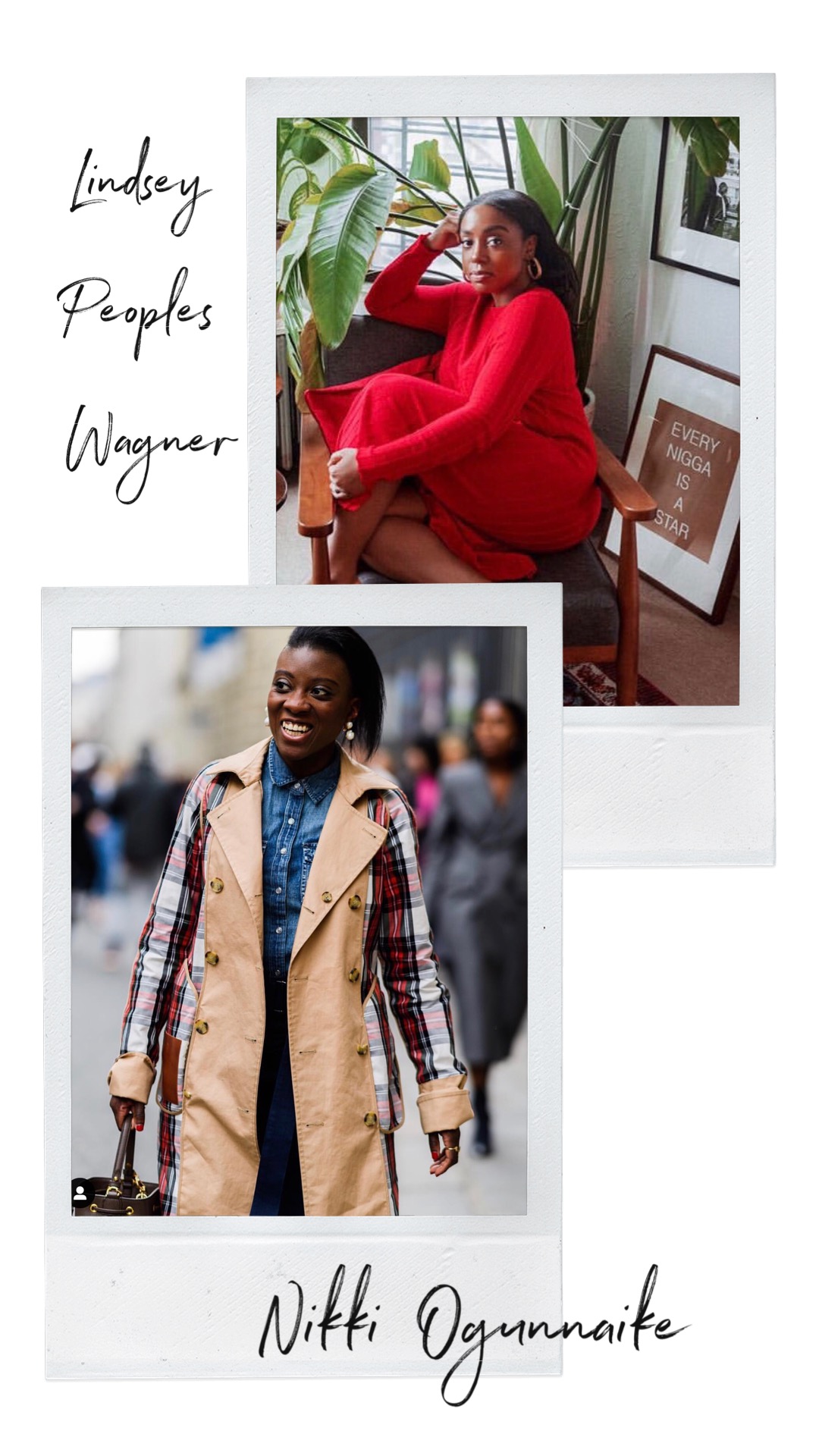 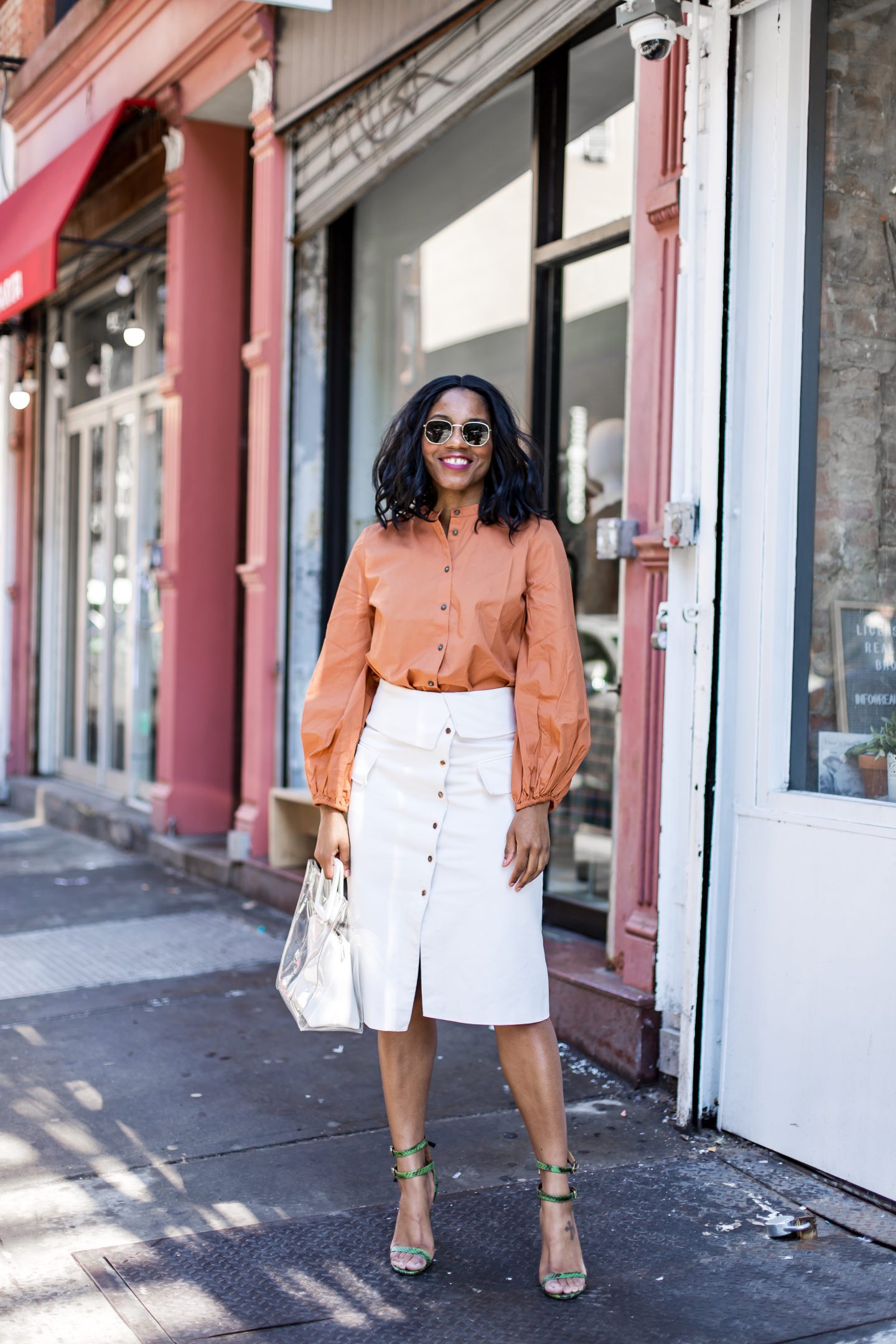 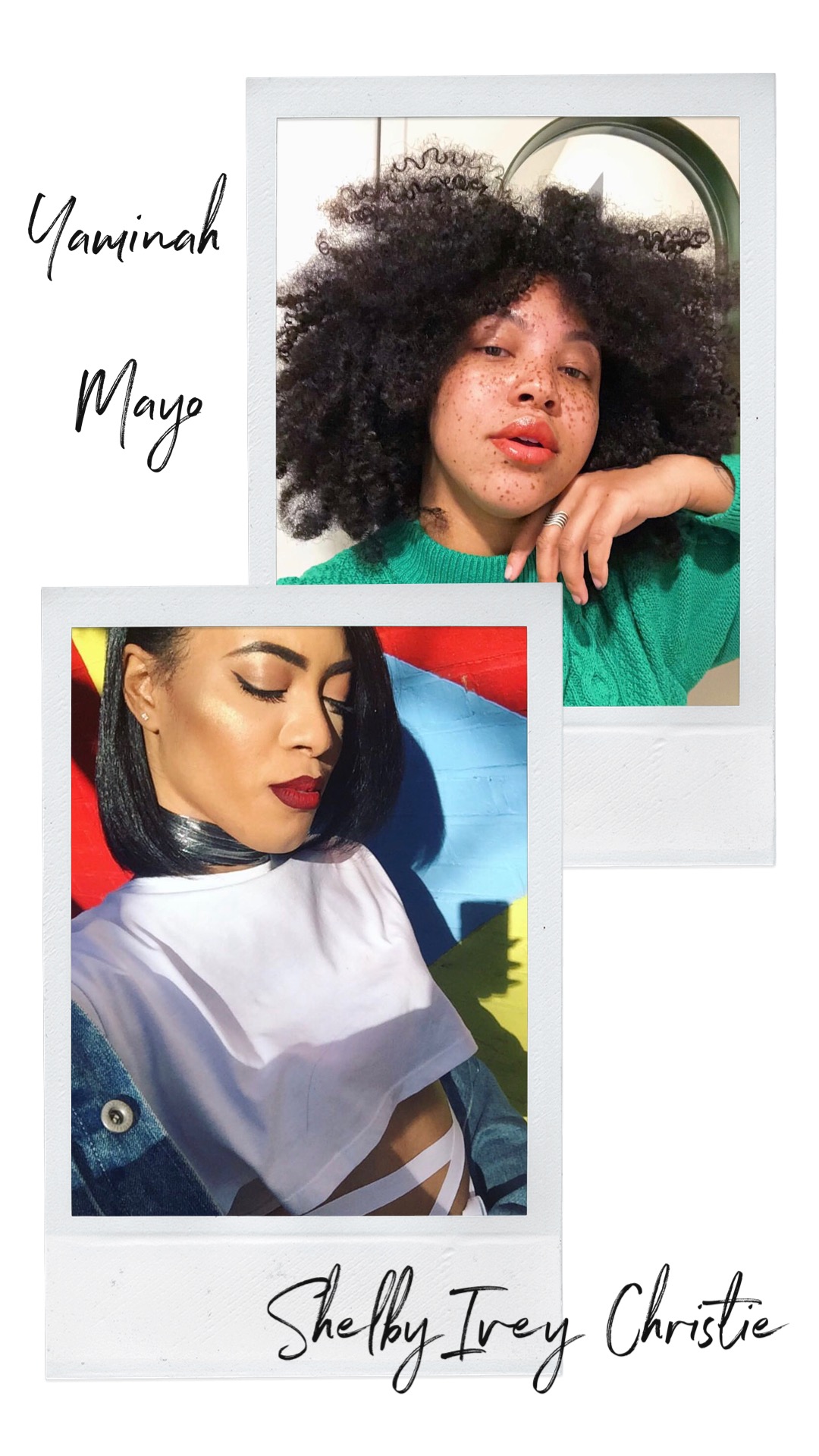 I love love love this spicy mayo! She’s a freelance writer coming into her own and I’ve literally watched her struggle on her instastories to find her place and her voice in the world. Follow her blog spicymayo.us for all of her musings. She is so utterly transparent that you’ll find yourself rooting for her to succeed in everything she does. And she ain’t afraid to tell it how it is either. She won’t tip toe around an issue, she will serve it to you with a glass of wine on a platter.

Shelby is a North Carolina gal just like me and that’s probably why I love her so much but more than that she has educated the hell outta me via twitter and her instastories on historical black fashion and fashion period. Shelby is a walking breathing fashion history wikipedia with a killer wigged eye and a pair of diamond earrings. She manages to use all 280 characters on Twitter to drop all the knowledge on us mere mortals. Her knowledge of history and fashion often speak to the black experience especially the black woman experience and I love her for educating us all. She’s gained an audience of 12.5K on twitter, no easy feat but all of us wait with baited breath ready for the knowledge she so regularly bestows on us. 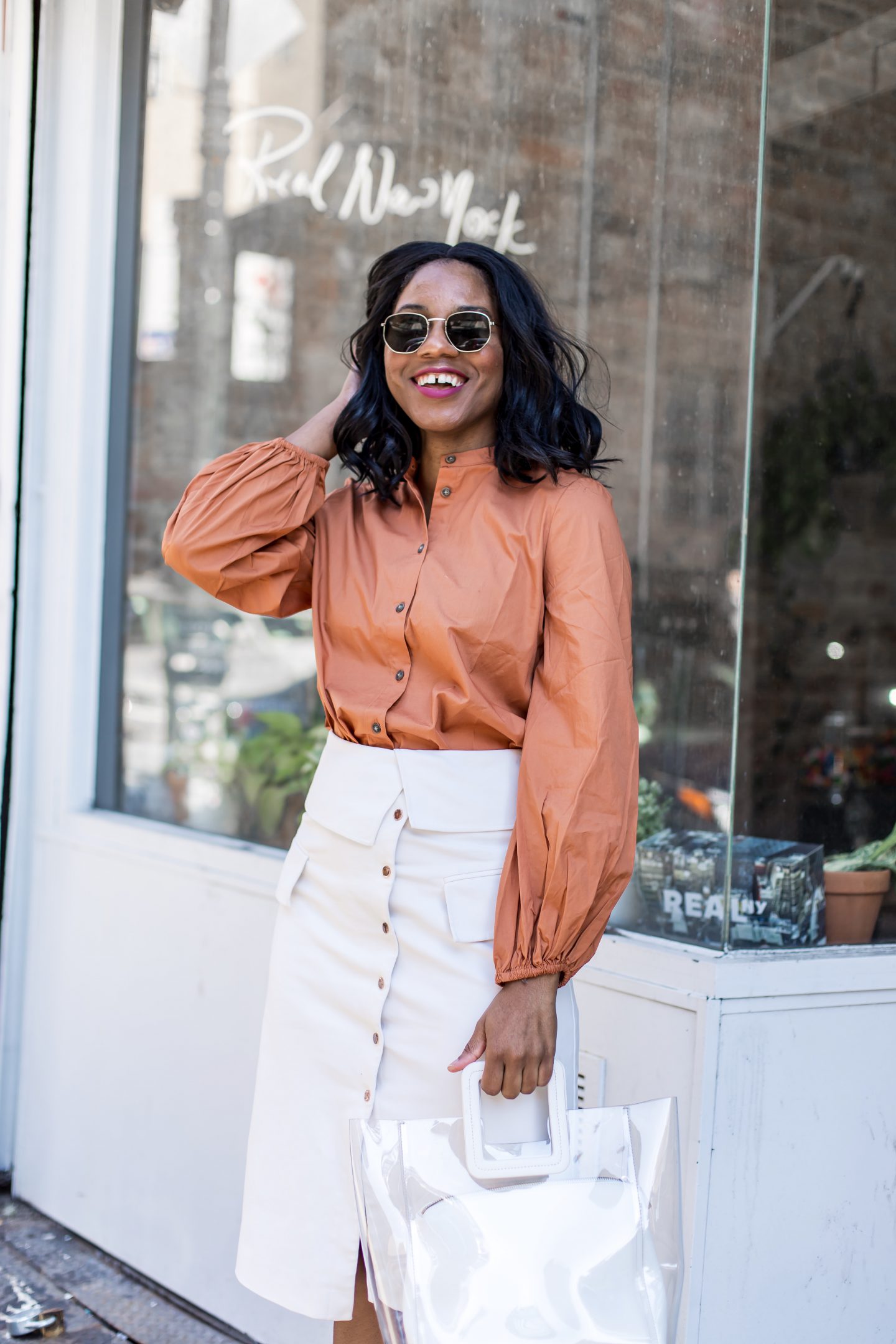 I’ve been following Jessica forever! She is one of the OJ black girl bloggers of Glamazons Blog. She has the most bubbly personality and it’s a delight to be in her presence. She has been in the game for a long time and knows the ins and outs of the fashion industry. She’s the Fashion Features Editor at Teen Vogue and is one of the voices putting Teen Vogue on the map when it comes to speaking on real issues especially those centered on race and uplifting black people.

I’ve only met her once at a brand dinner but she was such a ray of light. I’d actually been following her career for awhile so I was pretty beside myself to be seated across from her at the dinner. She’s had stints at Glamour and Essence and is currently doing her own thing. Whew…I love us. 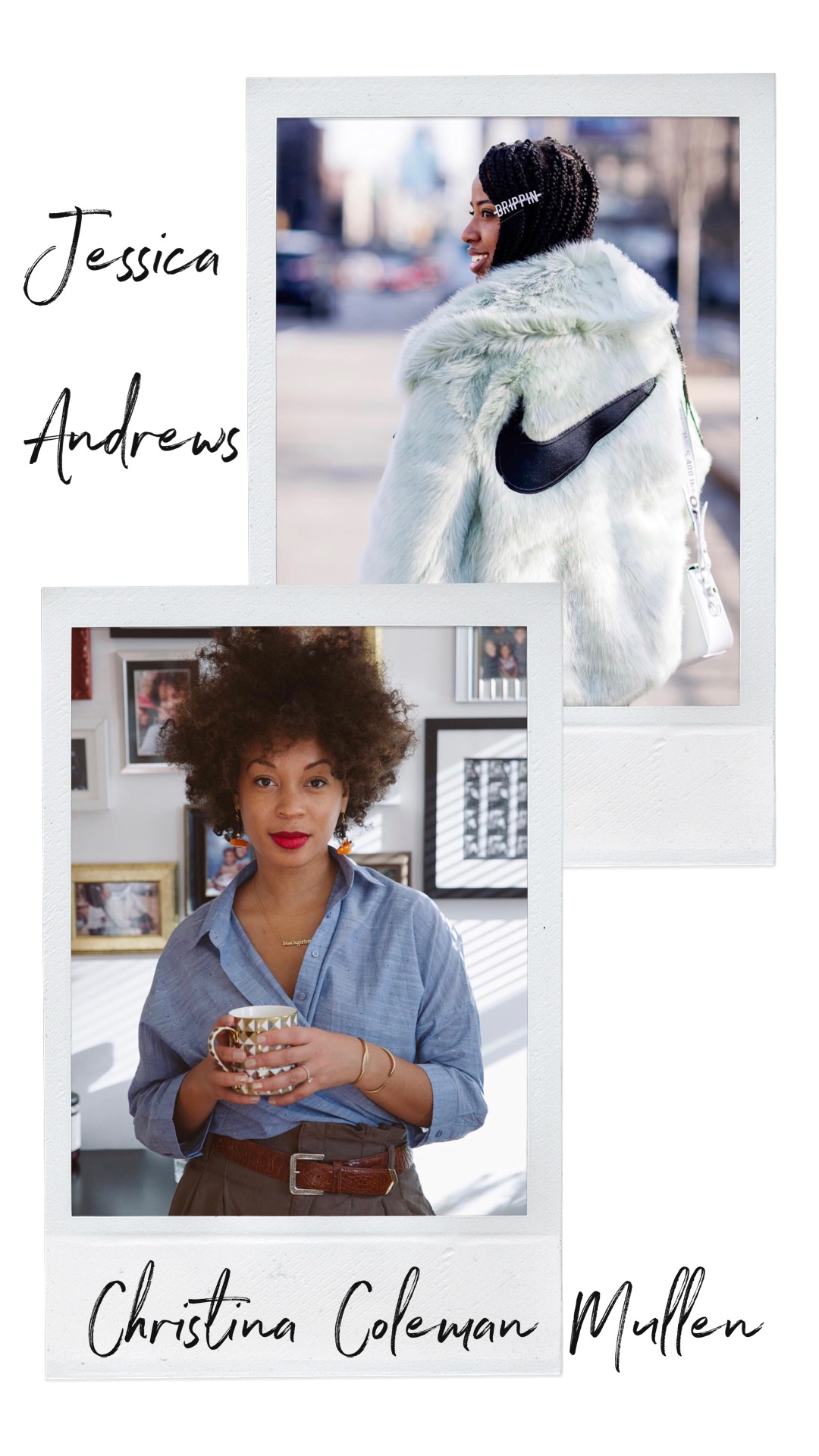 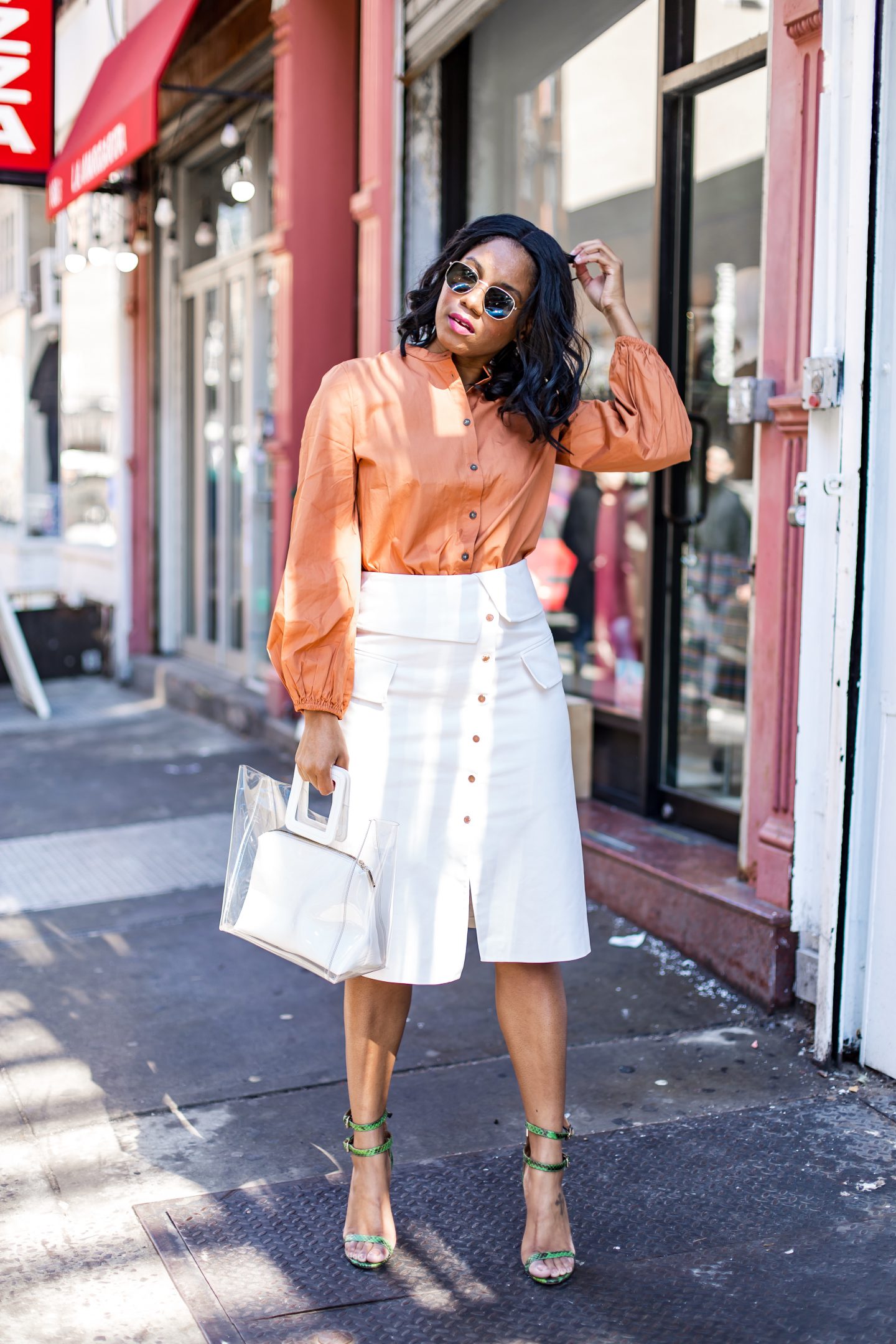 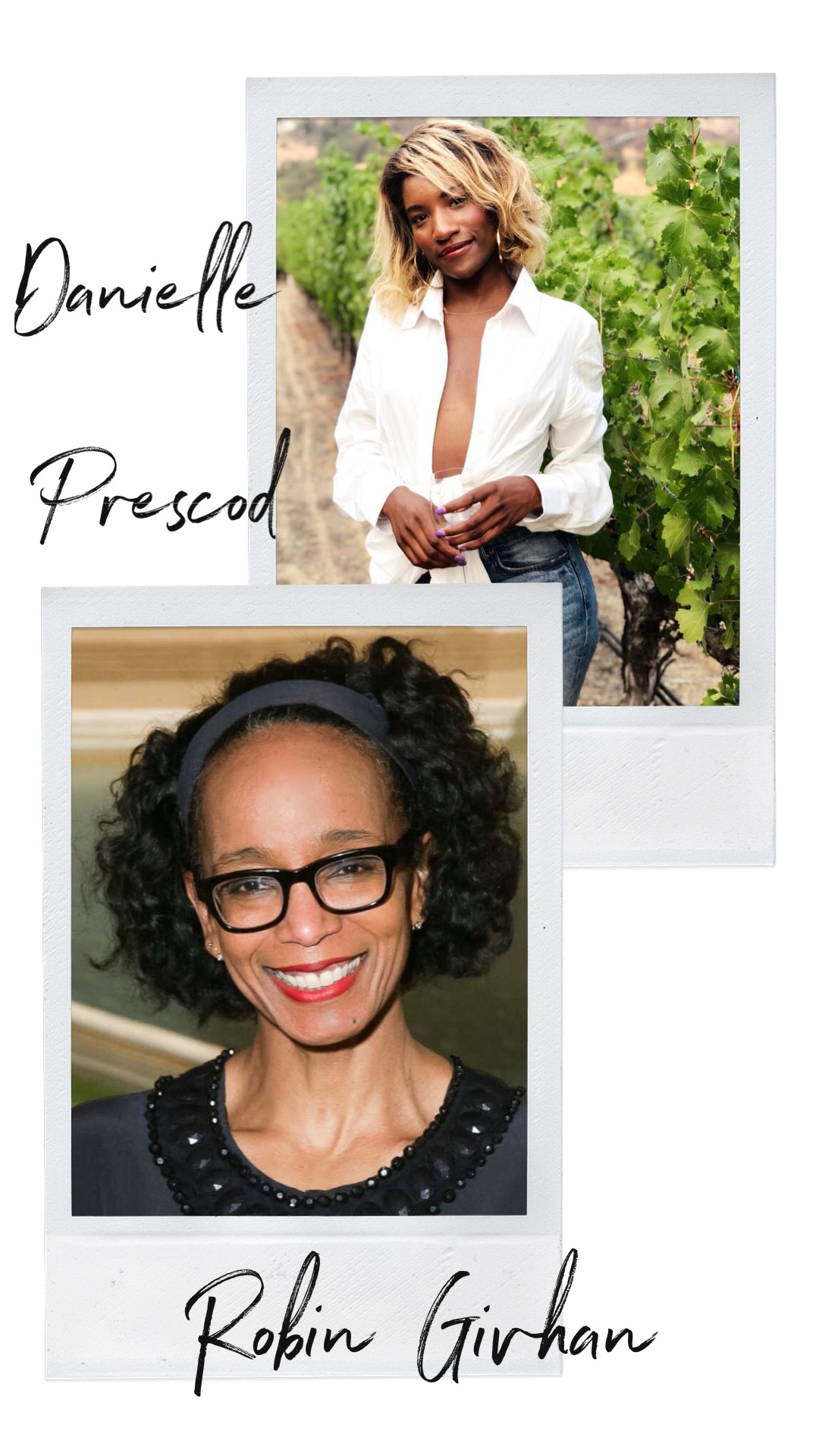 There’s nothing more entertaining than the self proclaimed content monster Danielle Prescod’s instastories. I love watching her dates, chronicling her therapy and even her cute dog Harry. She’s hard not to love. I’m also a huge fan of all her work and have been following her career for years. She’s currently the Style Director at BET and has had stints at InStyle, ELLE, Teen Vogue and Moda Operandi.

Although she’s not based in NYC and writes for the Washington Post as a fashion critic I had to included her on this list. She’s written some of the most thought provoking fashion articles over the years and is the OG journalist of all black fashion journalist or just journalist period. She even won a Pulitzer Prize for criticism in 2006. She also covered Michelle Obama during her first year of the administration. 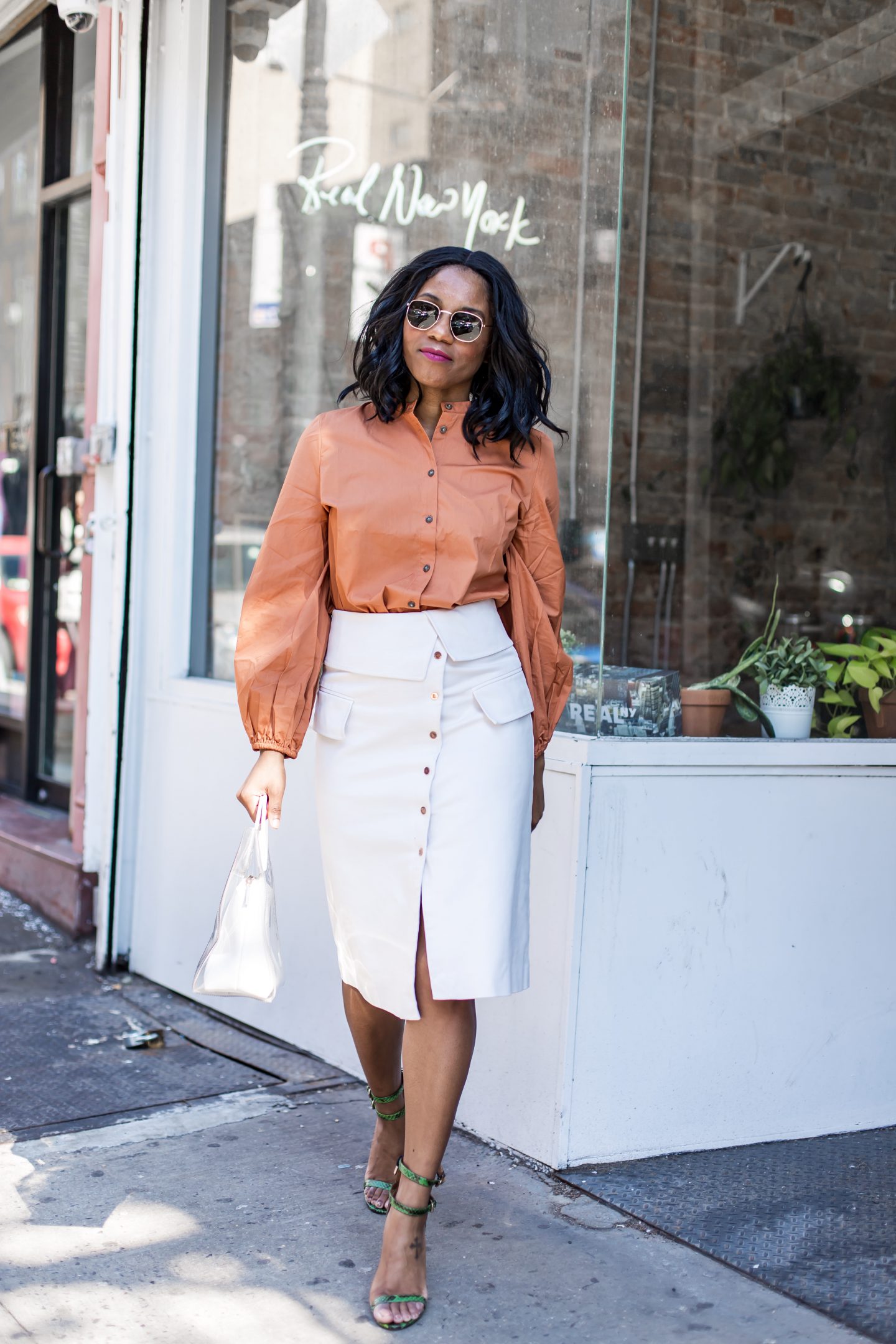 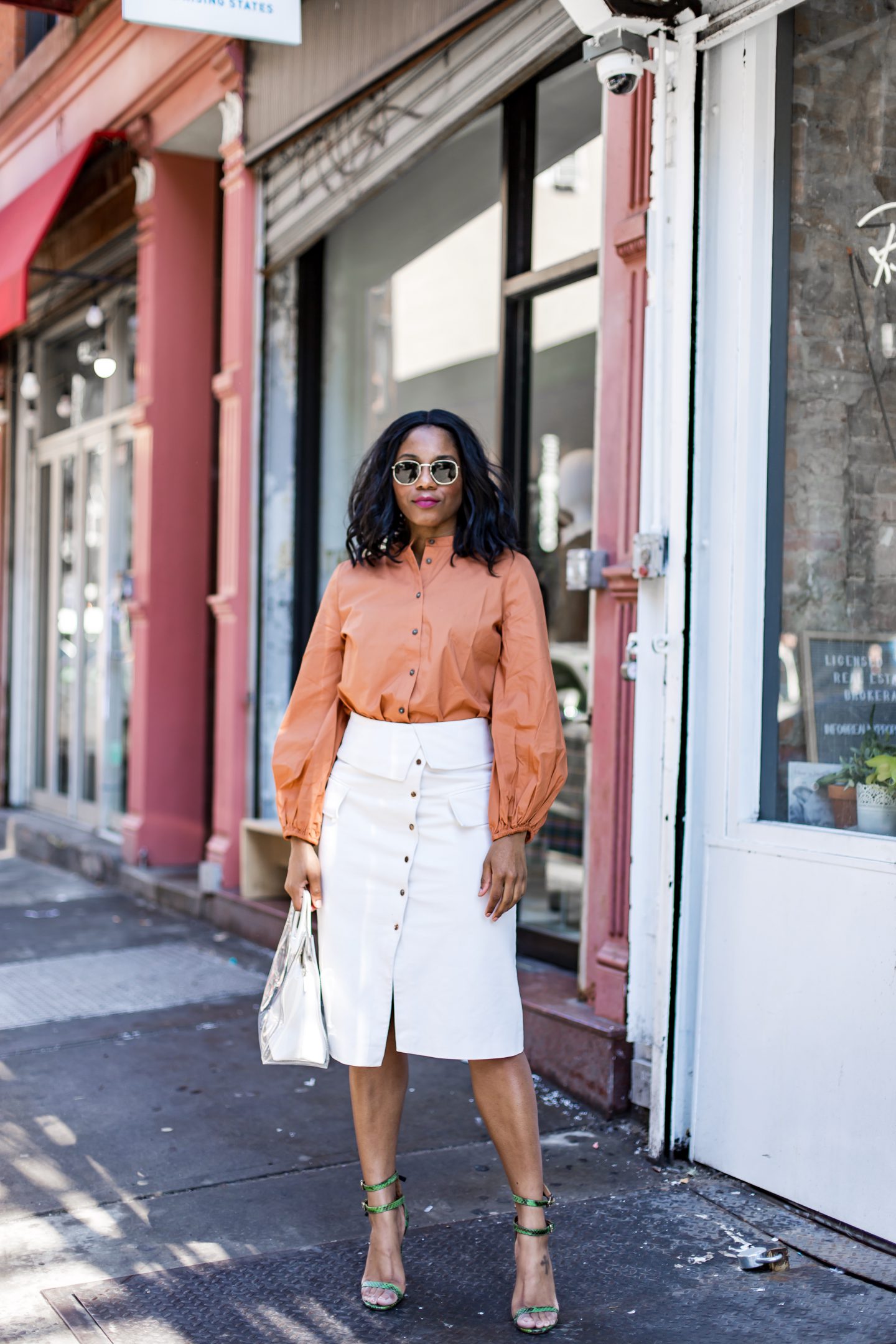 There are so many amazing black writers, journalists and creatives that I’d never have enough space to write about them all. But here’s a few more that you should definitely follow as well:

Who are some of your favorite writers? Drop them in the comments below.

Read Steele Magazine Issue 5 and use Code: ISSUE5 for $5 Off the Print Edition