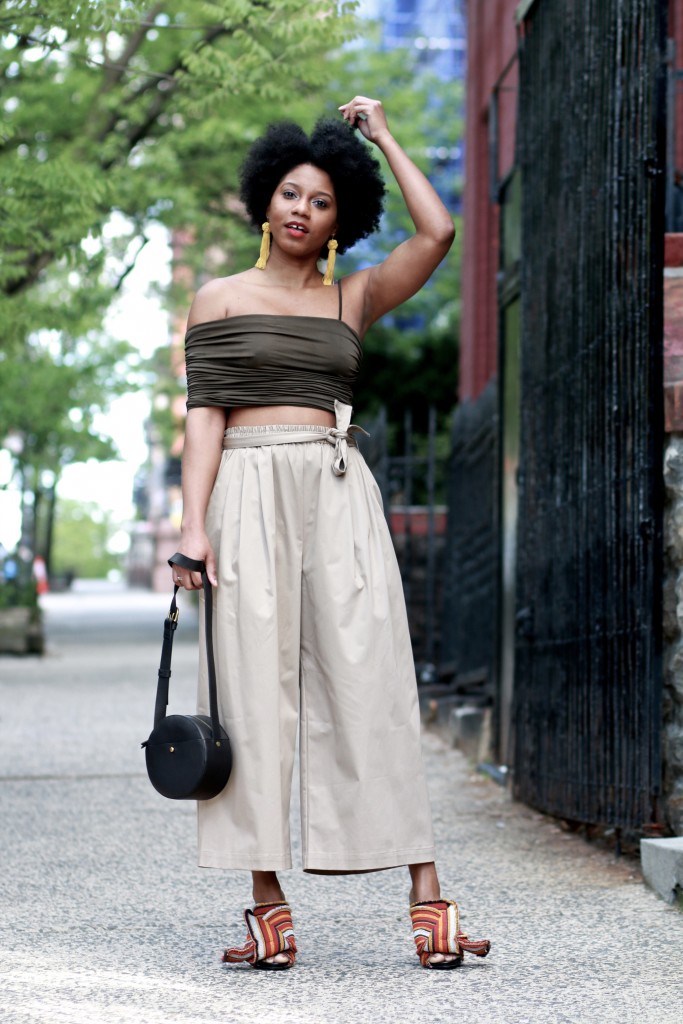 So you wanna move to New York City?

I get a lot of questions about moving to New York City. So instead of answering 5 emails a week I’m going to refer everyone to this post (Content and Efficiency work hand and hand). I am officially a New Yorker. I’ve been living here 10+ years and have earned my New York card. Supposedly you get the card after 10 years but really it’s more like after 1 year. I moved to New York in 2006 after graduating college. I got accepted to NYU Graduate school to pursue my Doctorate Degree in Physical Therapy. I graduated when I was 25 with my degree and vowed that if I didn’t get a job in 3 months, I’d head back down south to North Carolina. I had 3 jobs offers before I even graduated so that sealed my fate here in the concrete jungle. I’ve lived here when I had no money. I’ve lived here extremely comfortable as well. So I know the range and the struggle and the sheer courage it takes to move to a HUGE overwhelming city like New York and try to MAKE it. So here goes….

HAVE A PLAN
I know so many people who’ve moved to New York on a wish and a prayer without a plan or a job or a concrete place to stay. It’s thee DUMBEST thing to do. New York will swallow you whole in two weeks and spit you out. I can’t tell you how many people I know who’ve moved here ill prepared and were forced to go back home in a year or less. Have enough money to last you at least 6 months. New York is expensive as hell. A train ride alone is $2.50 a ride. A monthly unlimited metro card is $122. You will not find rent cheaper than $1000 ANYWHERE and that’s WITH a roommate. It’s hard to leave your apartment and not spend between $20-30 anytime you go out. And by go out I mean a trip to the grocery store or just to wander around Union Square or just to go do your laundry. New York City is a $20 a day or more city. You need money and lot’s of it thus a job is PARAMOUNT. 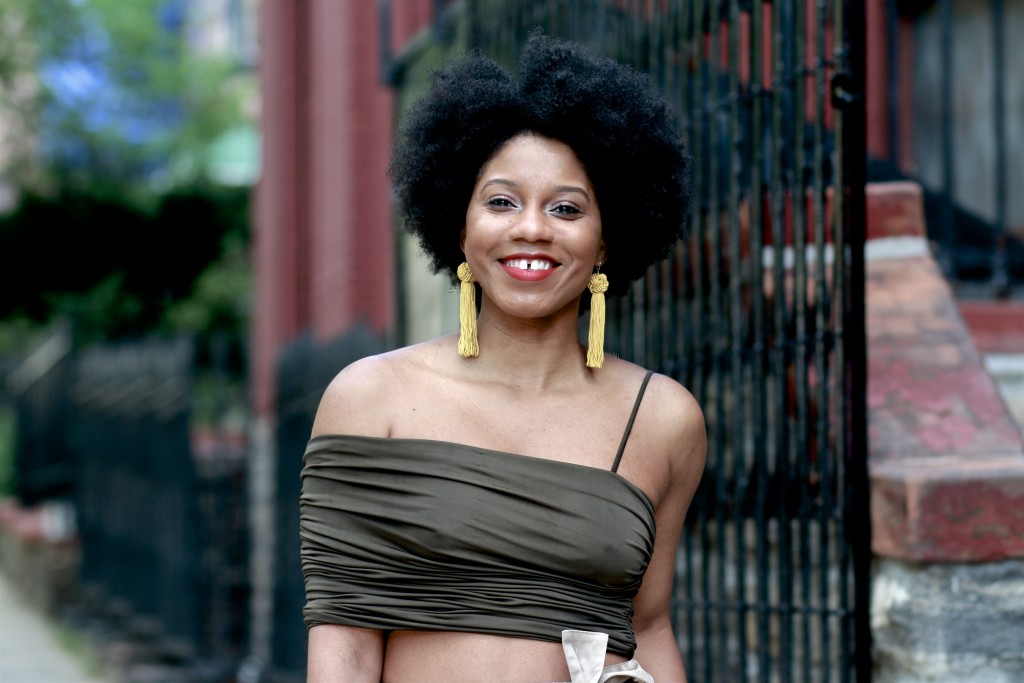 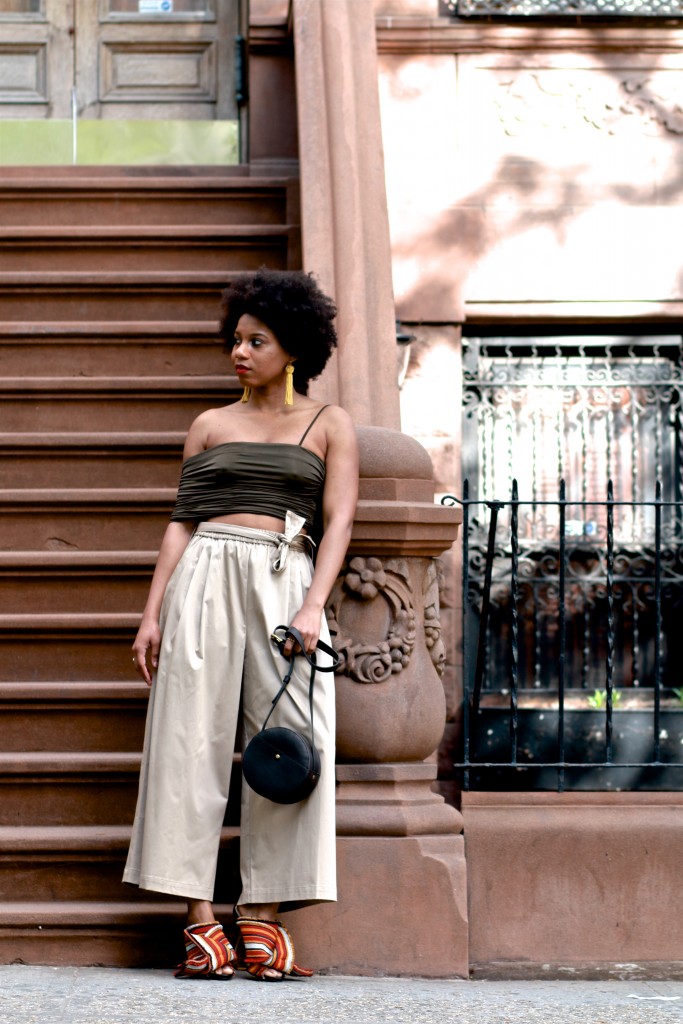 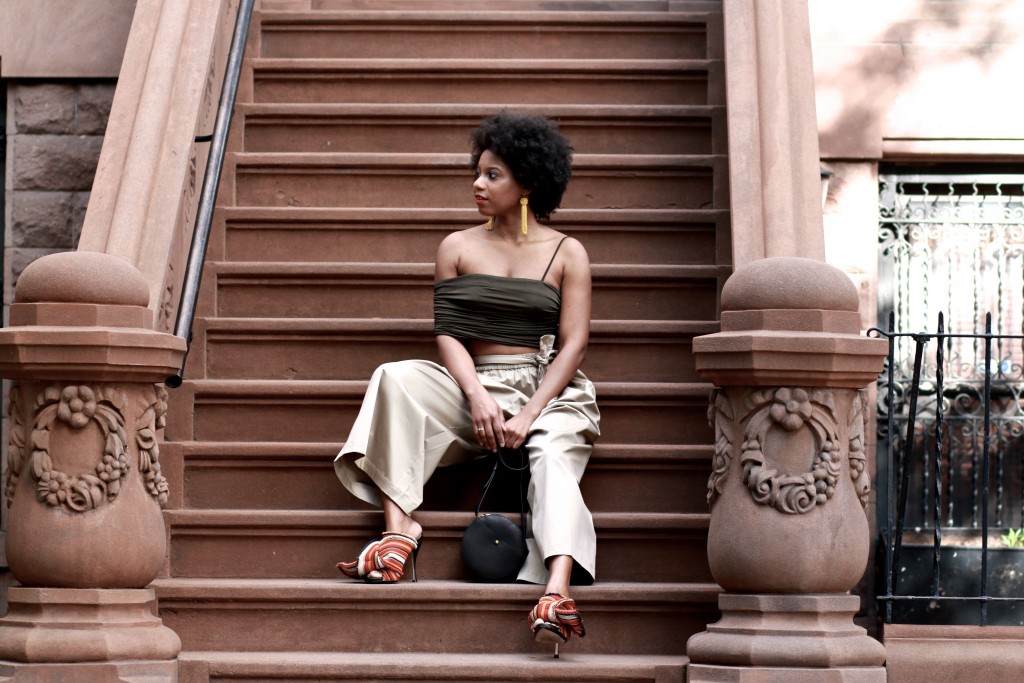 NEW YORK ISN’T FOR THE TIMID
I’m from down south where everyone says hello, neighbors really do borrow sugar and eggs from each other and making friends is easy because damn near everyone is your cousin. When I moved to New York, I didn’t know one person here. Luckily, I met a few friends in graduate school and a few more during the various jobs I worked, shout out to Forever 21 in Union Square (I was fired by the way after six months but hey shit happens). It is hard to make friends in New York if you are shy or timid. It’s very easy to feel all alone even with the millions of people piled on top of each other in this city. It’s hard to adjust to the noise, the crowds, the rats and the smells especially with no friends.

I didn’t have this problem because I’ve wanted to live here forever and I also love being alone so that wasn’t a problem either. But at some point I needed to make real friends. I needed to build myself a family here. So if I saw someone out and they looked cool, I’d walk right up and start chatting. I met most of my friends at church. Some I met literally walking down the street. They all got the same We’re gonna be friends speech. And now we all are 10 years later. I literally dedicated a year of my life here to making friends and it’s made living here that much easier. For some people, New York is just too much to bear alone. So keep that in mind if you’ve never left home or your tight knit circle of friends from preschool. Find an interest or hobby once you get here that will allow you to meet people with similar interest. New York is very fast paced and if you don’t make the effort you will look up and feel alone in a sea of people. 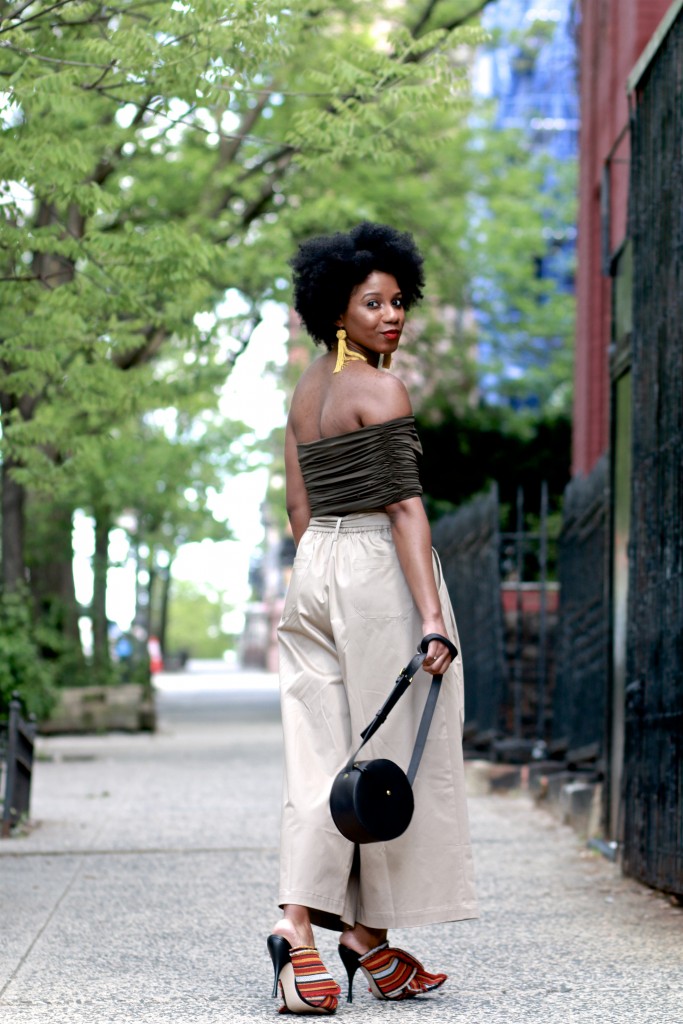 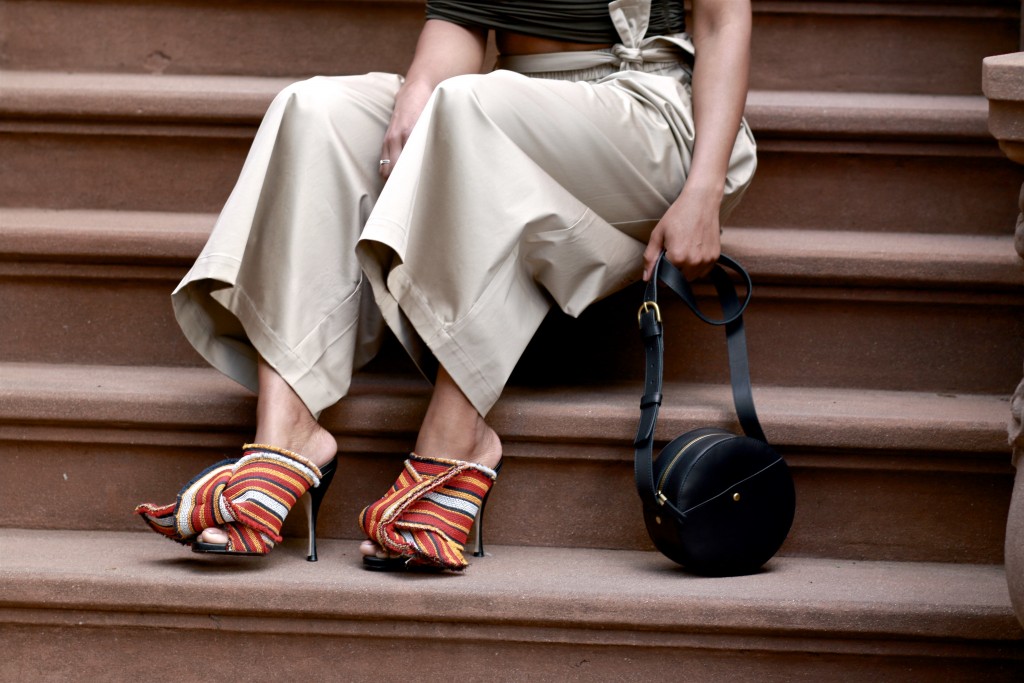 LIVING SITUATIONS
In my opinion and this is just my opinion, there are only two places to live in New York City, Brooklyn & Harlem. Now I might catch some flack for this but I’m just keeping in real. If you wanna be close enough to the action without sacrificing your entire check on rent, then these two neighborhoods work well. Now when I say Brooklyn I mean deep in Brooklyn cause, whew those Williamsburg rents are just like living in the city anywhere other than Harlem, Spanish Harlem or Washington Heights. Flatbush and Bed Stuy are probably your best bets for lower rents in Brooklyn. You’re still close to express trains into the city and the culture still exist in these neighborhoods. Now I can’t speak too much on Brooklyn because thats a long distance relationship for me (which means that’s a 45 minute train ride away).

I’m a Harlemite! UPTOWN BABY! Speaking of which check out my Harlem Edits: Where to Eat & Shop, What to Do & See Uptown! I’ve lived in Harlem for 9 years. My first apartment was a one bedroom and my rent was $1100. My second apartment was a two bedroom in the same building and my rent was $1325 (I had a roommate who never paid rent on time and ultimately lost her job. I came home one day to find that she’d moved out. No more roommates for me). My third apartment is my current two bedroom 850 square foot apartment and when I moved in my rent was $1300 a month. It’s now $1445. I have no problem disclosing that information. How else are people supposed to know the ranges? My building is rent stabilized and is one of the many exceptions in this area of Sugar Hill Harlem.

Most apartments in Harlem/Spanish Harlem/Washington Heights are PREWAR BUILDINGS. Which means there are no elevators for buildings with 5 floors or less. My building actually has six floors but the landlord beat the system by starting the ground floor at ground instead of 1st (smart ass). So know that you will have to climb stairs for the rest of your life if you live here in an older building. But it’s charming and keeps you in shape and prewar apartments tend to be more spacious. I never tell new guests visiting me that I don’t have an elevator until they ring my buzzer. I live on the 5th floor. My legs didn’t get this bomb from riding elevators. Also, prewar usually means there is NO CENTRAL AIR CONDITIONING. This will come as a shock to anyone moving here from down south. There are these things called Window Units that you will need to get and put in a window in order for you to have cool air when its 90 degrees outside. Make sure you budget for that. They’re about $200 a pop for a good one. Oh and your apartment will probably be small. Space costs money in this city. Think 600 square feet or less.

Where to Live Check List
1). Check out No Fee Websites (this means you don’t pay a fee for an apartment, essentially there is no broker waiting to take 15% – 20% or thousands of dollars of your money to find an apartment for you). I also love perusing The Housing Lottery as well. Just create an account and apply for apartments that fit your income requirements. You can check out low income apartments here and middle income here that are available in all 5 boroughs.
Naked Apartments
Street Easy
Craigslist
2). Look for RENT STABILIZED or RENT CONTROLLED apartments. This keeps the rents at a lower price and prevents your rent from skyrocketing just because your landlord says so. I know my rent caps out in a few hundred dollars so I can live here for years and it wont put a strain on me financially.
3). Have first months rent, last months rent and a deposit READY because most will want all upfront as well as bank statements and a letter of employment stating salary. If you have a few months extra that’s even better especially if your credit isn’t so great. You also wont have to focus on finding a job or getting your first check so quickly.
4). Invest in a heavy winter coat, snow boots, an excellent fan and an air conditioner. 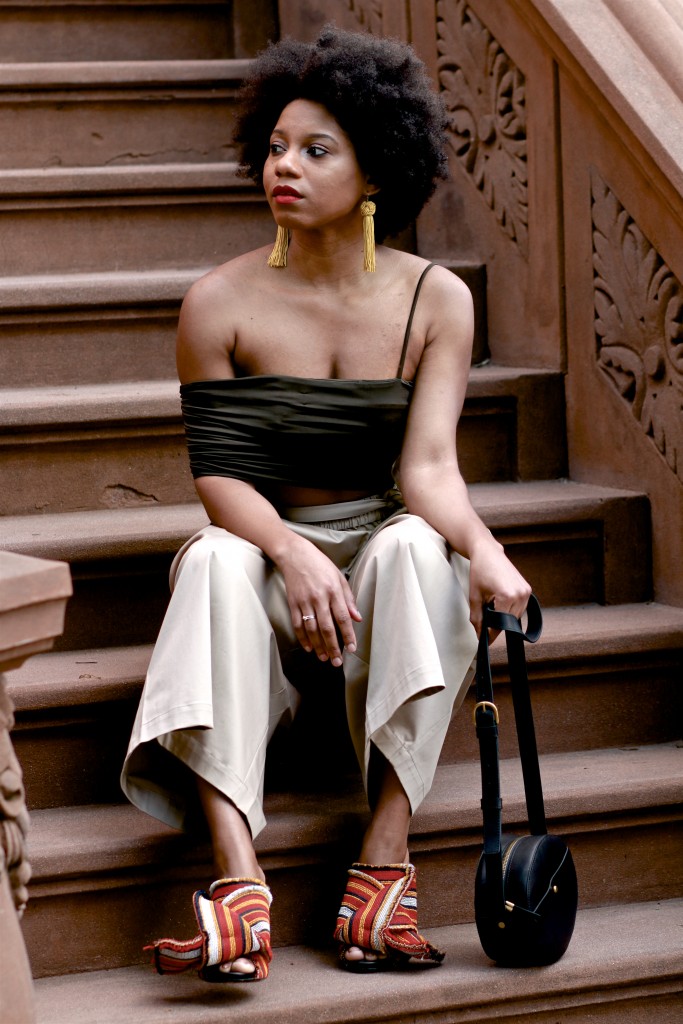 DATING IN THE CITY
Where do I start? Many people who move to New York come to make shit happen. This is a city of dreamers and the most ambitious of people. People who are ready and willing to leave everything they know behind to make it in their chosen fields. This is a city of careers not of finding love. There are always exceptions but for people in their 20s and 30s that’s just what it is. Dating is a hot mess in New York City. There are simply too many women; models, attorneys and natural hair bloggers. There are a plethora of successful and gorgeous women everywhere and they outnumber the men something crazy like 3 to 1. Men have options and they know it and what one woman won’t do or tolerate someone else will. So don’t move here expecting to find love or at least not with the first guy you meet.

The first guy I dated in New York City was a bouncer who was also on parole. I later found out he had a girlfriend in Miami who’d literally nursed him back to health after he had been stabbed several times years earlier. Then I dated an architect for 3 months who wined and dined me before his girlfriend gave me a call. And even though after that incident I never spoke to him again, she continued to call me anytime she didn’t know his whereabouts. They are now married and he always finds a way to send me a DM or snapchat message every few months. I have met some incredible men though, I can’t lie, but I’ve also met some fuckboys and 9 times outta 10 they’re usually fuckboys. Good guys are here though, they are just few and far in between. My advice is to find a good man and bring him with you when you move here. Or make it in your career and move away to New Jersey to find a decent one. 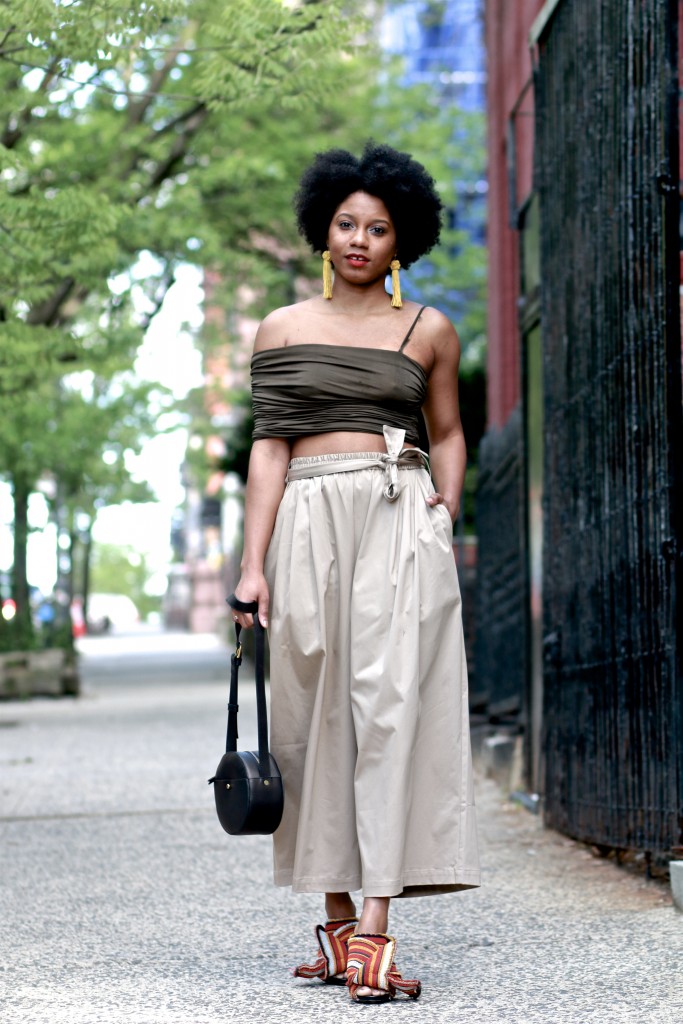 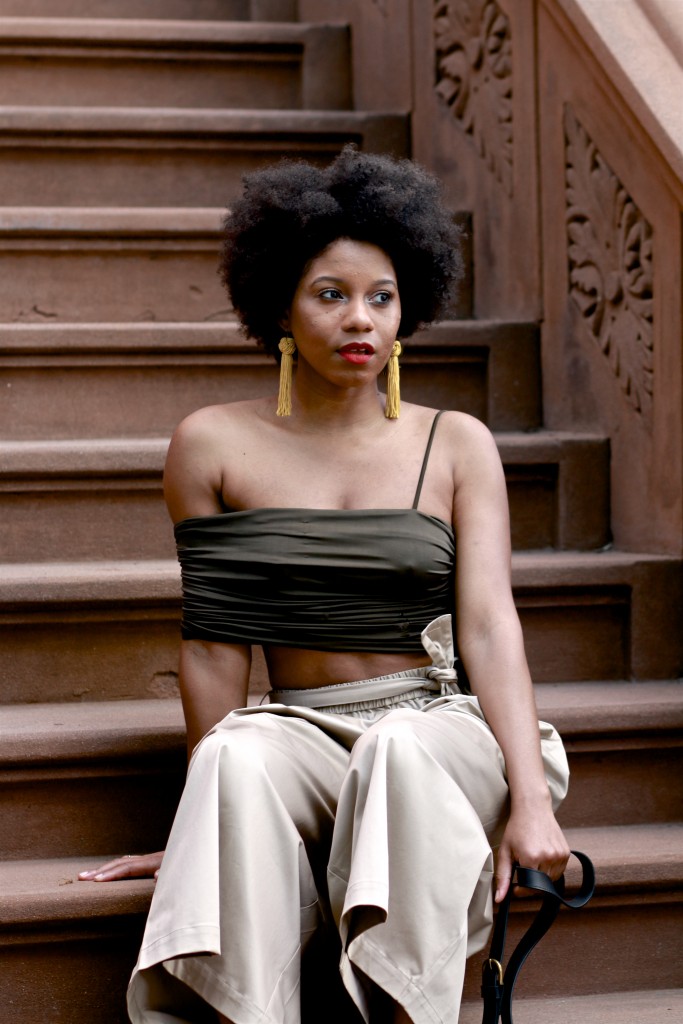 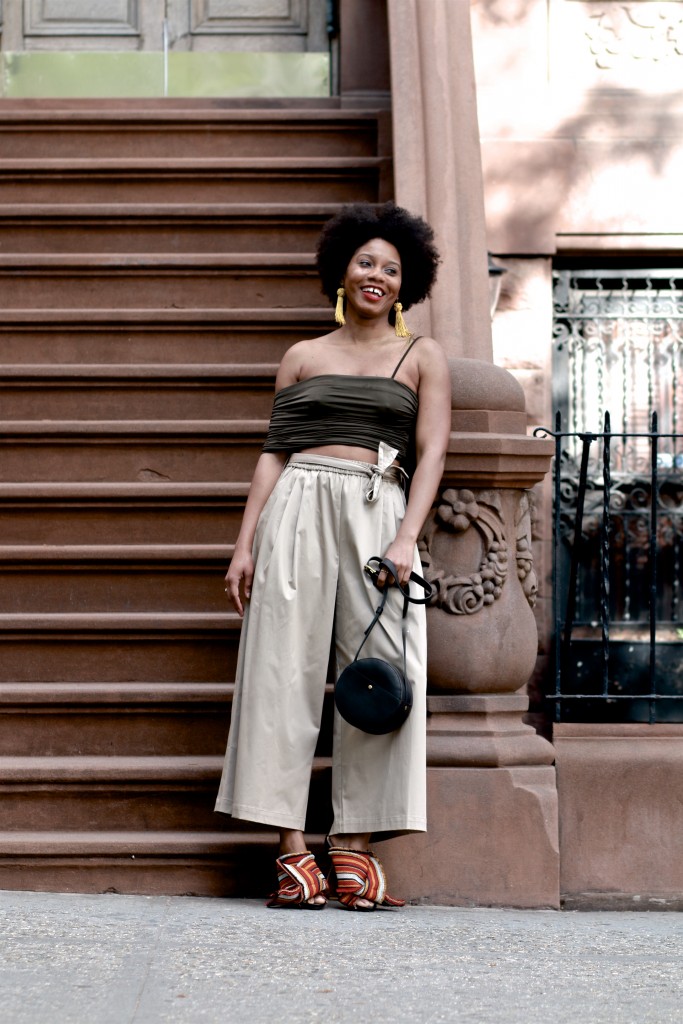 NEW YORK CITY IS THE BEST
I may be biased, hell I AM BIASED but New York City is always a good idea. If you’ve ever craved living in a fast paced metropolis where anything goes then this city is for you. There is always something to do, some new play to see, some new restaurant to indulge in and some cool event to attend. It’s so diverse and fun and informative. You will learn a lot just walking the street. You will catch yourself looking around at the people and at the buildings and at the art and thinking WOW, how lucky am I to be amongst it all. I still get that feeling, even after living here for 10 years. It’s extremely hard to be bored. If you want cookies delivered to you at 3 in the morning it’s possible! Anything is possible here and that’s what I love about living in New York City. Your dreams are attainable albeit with hard work, determination and meeting the right people. You can actually date a model or fly in a helicopter around the city (with a coupon!) or bike through all 5 boroughs. You can spend a year visiting every bar in Manhattan or dancing on every rooftop in the city with the skyline at your feet. You can stay out all night and watch the sunrise over the East River as you ride in an Uber back to your place. You can picnic in Prospect Park with thousands of natural haired queens. I mean the possibilities are ENDLESS.