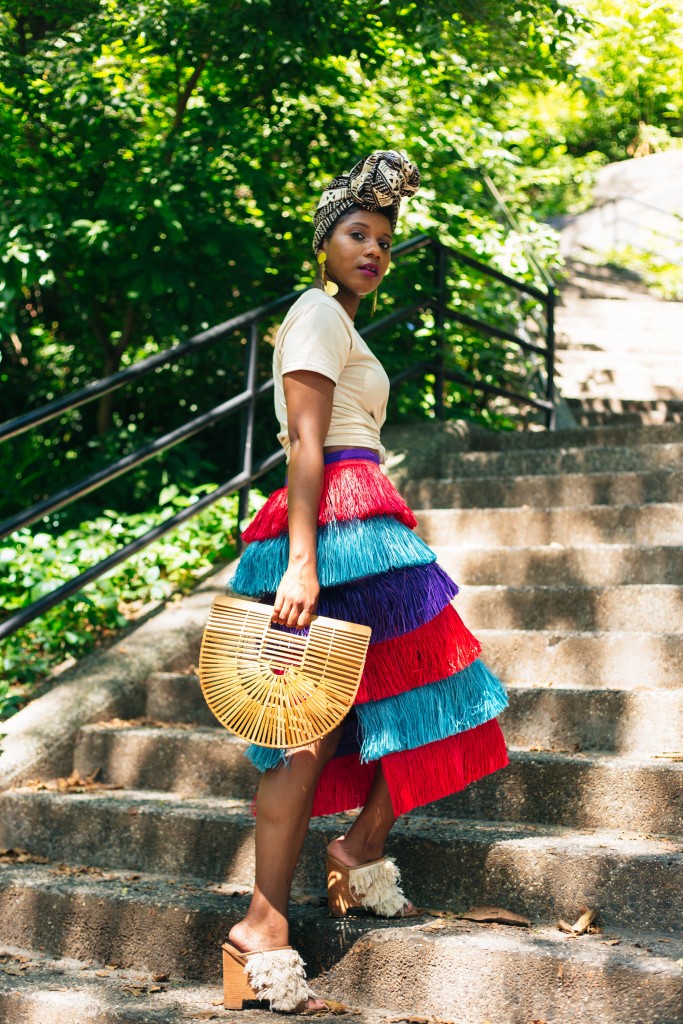 I know what Kendrick Lamar meant when he said he was an introverted extrovert in his song DNA. After CurlFest I was mentally and physically exhausted. It’s a feeling of being on and having to be at 100% so you don’t let other people who’ve never meet you down. I actually get a little anxiety when meeting new people especially people who are fans of my blog. I never know what to say and kind of shrink into myself. I don’t know when I became this way, I never wanted noriety or fame. Not that this is fame but I am sometimes noticed. When I’m just out being super regular I feel that the perception of me has been tainted if someone comes up to me and I’m barefaced and wearing leggings. However, I’ve gotten better about it. I look at it as though we are all people, all human and they like my shit. The most I can do is show my appreciation. I had so much fun during CurlFest but I’m quite sensitive. I had definitely met my human interaction quota for the day and probably the whole week after CurlFest lol.

So today I wanted a low key self care day. Instead of laying on the couch all day and binge watching Power, I decided to conquer a fear of mine. I hate bridges. I’ve had a fear of bridges for as long as I could remember. I used to close my eyes when riding over them and when I finally learned to drive I avoided bridges as much as humanly possible. Driving or being in a car isn’t so bad because it’s an inside environment but walking over bridges is a whole different story. I decided that after living in New York for 10+ years I’d walk across the Brooklyn Bridge. Everything was fine until I looked through the cracks between the wooden planks and saw the water below. Every few steps the wood would waver or crack beneath my feet or a biker would whizz by causing an earthquake of movement and I’d say Lord out loud to myself quietly. There were about 10 Lords during that 15 minute walk and I swear I’ve never walked so fast in my life but I’m glad I did it. I’m not eager to do it again though. I walked over to 1 Brooklyn Bridge Hotel which is stunning, by the way, to grab some lunch before heading to Brooklyn Bridge park to read and relax. 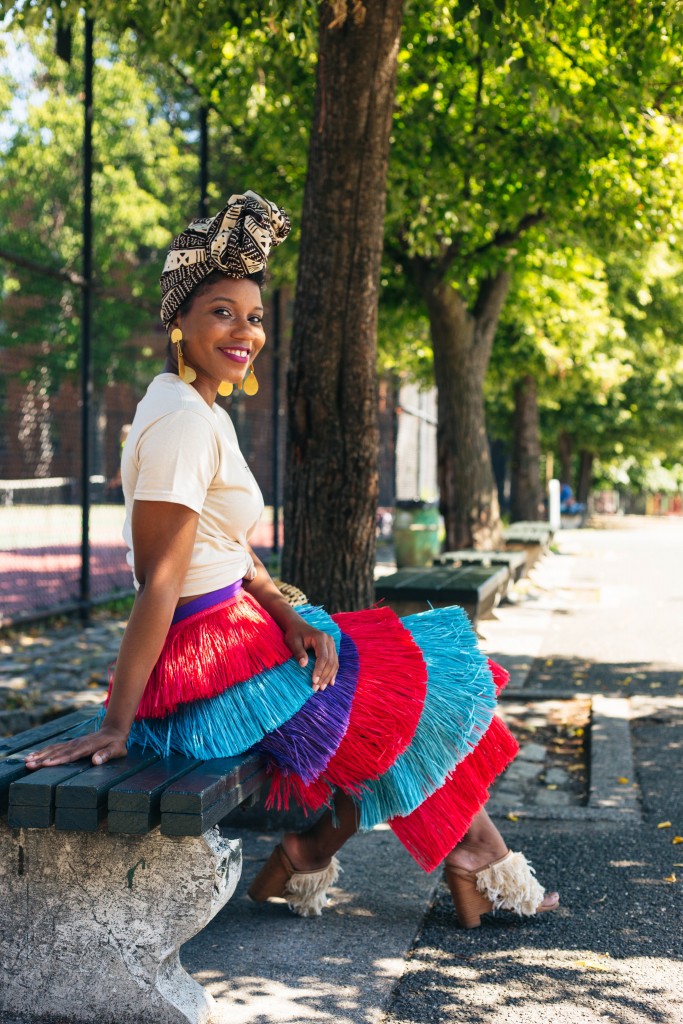 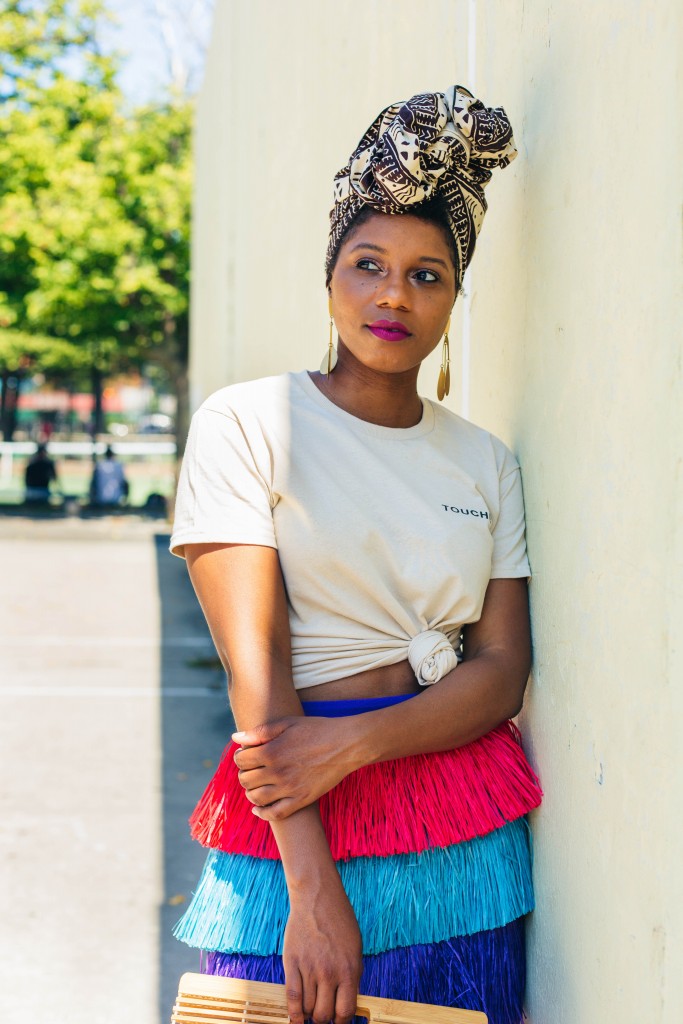 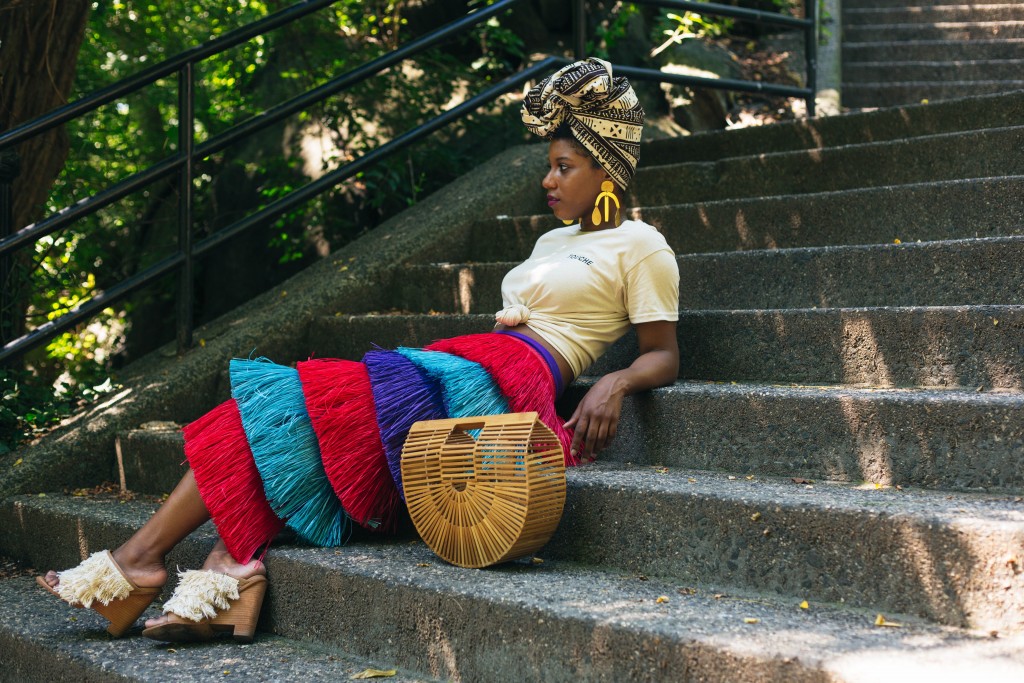 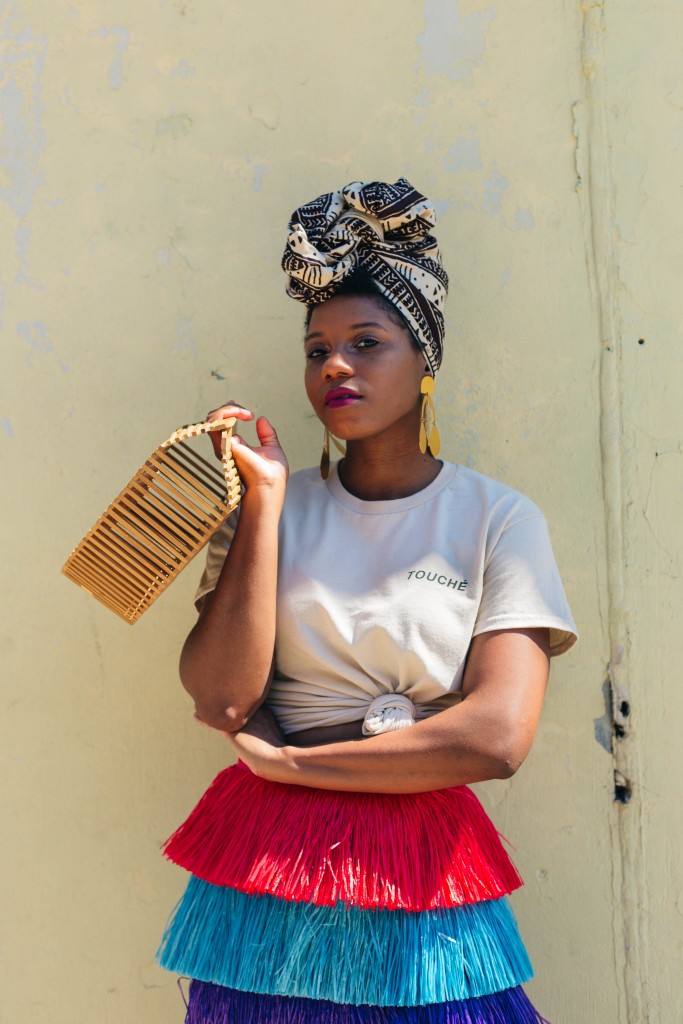 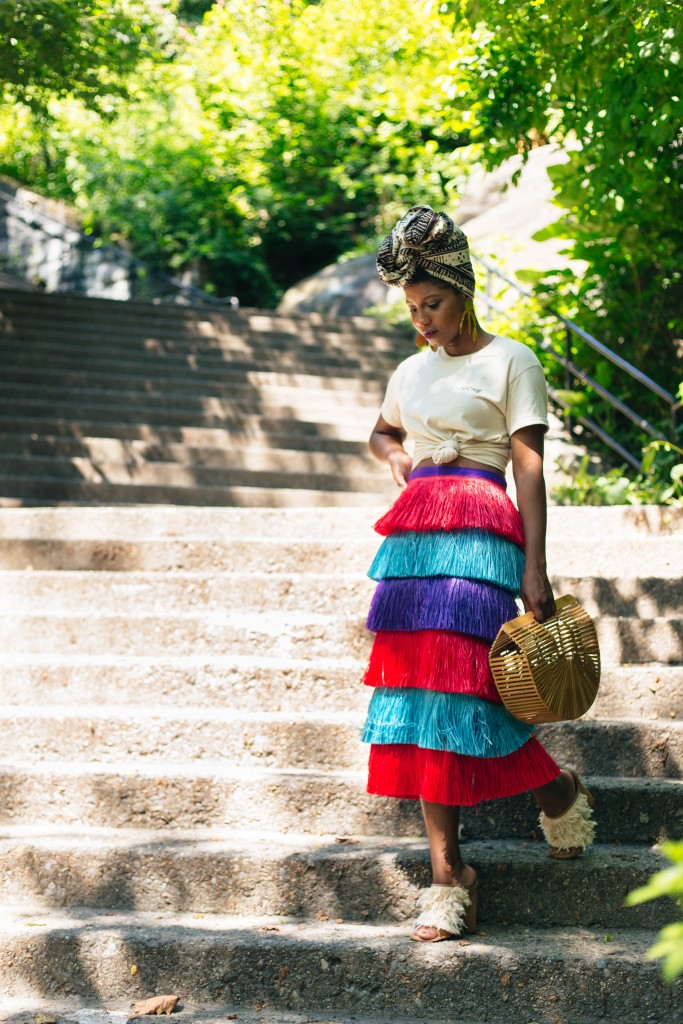 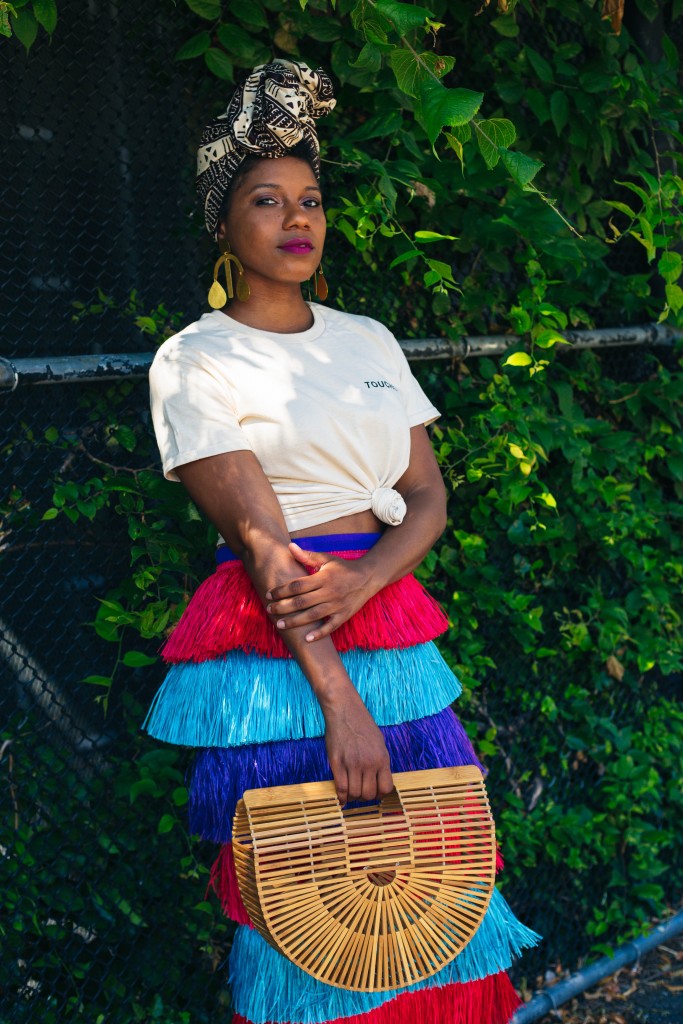 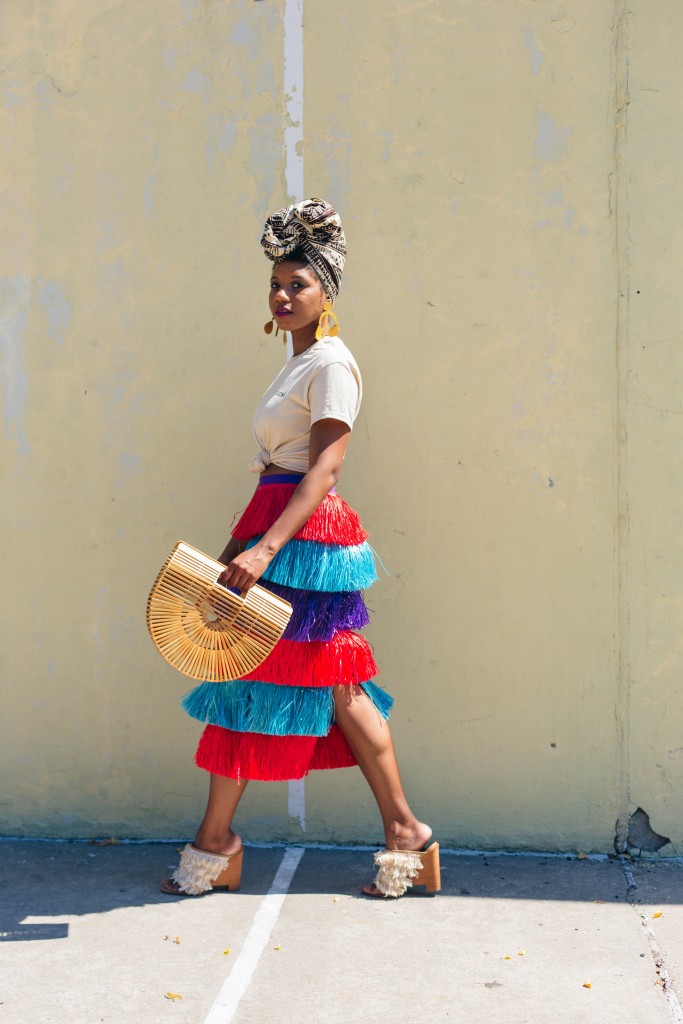 I love all the little hidden pathways along Brooklyn Bridge park with babbling brooks and trees and birds. Sometimes you’re the only one on a path and it feels like a tiny slice of solitude and happiness. It’s a rare feeling to get when you live in a city with millions of people stacked on top of each other like legos, all of our lives seamlessly melding into each other’s. I like to feel the oneness of myself. I found a place to sit in the shade on a bench overlooking the East River and pulled out my magazine, The Relationship issue of Kinfolk magazine. I am here now. Sitting with the magazine in my lap, flipped open to a story about a couple and how their relationship unfolded. I’ve just finished reading about trust in relationships, the need for independence in relationships as well as why people lie. This issue is teaching me so much and confirming things I’ve already learned. The air smells thick with the sweetness of greenery and the scent the boats and jet skies and wind kick up and sweep off the East River.

The sun is baking my feet and toes and I can hear the music from a Caribbean boat party across the river on the city’s lower port. No one has bothered me for hours. There was a man who seemingly came out of thin air to ask me for money for food. I’m not in the habit of carrying cash but I happened to have some coconut chips from a collaboration I’m doing with Whole Foods. We chatted for a bit after I gave him the chips. He told me I reminded him of Ochun, a queen of the river and that I should bathe in sunflowers and honey. He told me that there’s something special about me that drew him to me, then he offered to return the chips I’d just given him. I declined but after he left it sparked an interest. I googled Oshun and to my surprise she is a real entity and I spent well over an hour reading everything I could find about her because what I read rang so true to myself that it fascinated me. This whole experience inspired me to write this, right now, sitting in Brooklyn Bridge park in my notes app on my iPhone.

I’ve never been more aware than I am sitting on this bench appreciating the grass, the river and the birds and the smell of fresh dirt. I’ve taken so many mental pictures and emotional ones. How I feel so completely content and full at this moment. I file it in my great days folder in my mind so I can remember how life was like when I was one with myself.

If you haven’t had a chance please check out my feature on Every Stylish Girl which these photos where shot for. The interview was one of the best I’ve ever had. Maybe you’ll learn a little something about me that you never knew. Oh and catch me on instastories today for a look into the South n’ the City picnic.