I am sure you have seen or at least heard about the Dec/Jan issue of Lucky Magazine cover girl Kerry Washington. She is amazing. You can find me on twitter every Thursday going crazy for Scandal, the Shonda Rhimes creation that had me at the first episode. I have never missed an episode since! Anywho Kerry has been on a cover streak, gracing Elle, Glamour, Vanity Fair and Essence. She looked herself and fabulous on every single one of those covers. But I’ll be damned this Lucky Magazine cover…is pure and utter foolery. I swear when I first saw it…I didn’t know WHO it was. I had to read the name to know it was Kerry. Now I’m all for the new editor Eva Chen at Lucky who has turned the magazine around but what the hell? When asked about this awful cover she had this to say…pretty much taking the blame off herself and stating that the cover was approved by none other than Anna Wintour. Well I’ll be damned…she had to bring Anna Wintour into it. Either way this cover is a catastrophe and even though Kerry seemed pleased (on twitter tweeting WOOO HOOO), im sure she was thinking to herself: WTF…like the rest of us. She has been photoshopped to hell and back. Here’s what seems weird to me:

THE EYES: seem small and do not line up…in fact you could draw a line down the middle of the face and it looks like the left side is droopy compared to the right

THE RIGHT THUMB: theres something weird going on with it

THE MAKEUP: I dont know if its the lightening or the makeup but somethings a rye  with it…why is it so glowy and waaaaaaayyyy too much under eye stuff going on

THE OUTFIT: booooo. its too matronly. I mean Kerry has a hot body..even a few months prego. They could have done better than this and by they I mean Carlyne Cerf de Dudzeele. Yes she is a legend….but this cover is No Bueno.

This video by Shimi Cohen makes me a little sad. I can actually relate to this a little bit too. It makes me wonder how the world will be in another 20 years. It’s definitely challenged me to make more social time in the real world versus online and through text messages. I actually do enjoy a face to face conversation every now and again. I’m going to challenge myself to get the hell off my couch, off my laptop and off my iphone and connect with the world and with the people in my life…while i still have a fighting chance! I do blog though so that makes it a little more difficult. Damn you instagram!

WHY I DIDN’T SHOP ISABEL MARANT FOR H&M 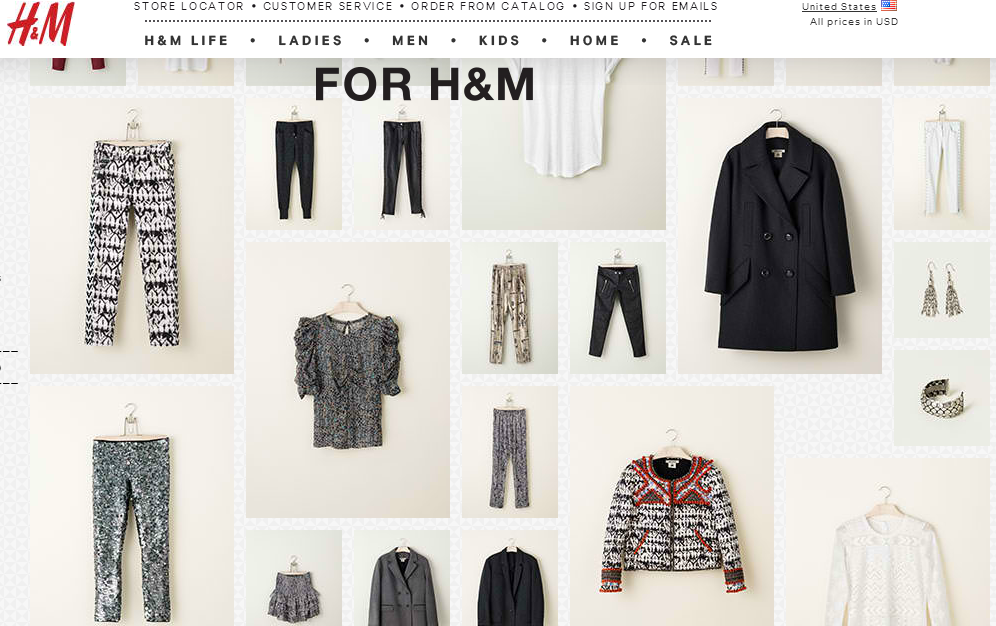 I was very excited this summer when I learned about this collaboration. But as it got closer and closer to release..I lost all enthusiasm. The collection is just blah to me. I do love the embellished jacket and the black and white sweater but beyond that…nothing really caught my fancy. I knew I wasn’t going to stand in line like a lot of people did. Then I decided…I just didn’t want anything because a million people are going to have that jacket and that sweater and all of a sudden it lost its allure. Lately I’ve been getting back into Ebaying and Etsying and thrifting to find more unique things to add to my wardrobe. The next designer collab thats sure to be a wild house is the Peter Pilotto x Target collaboration. Now I do love Peter Pilotto and the unique prints and colors and if its anything like the past collections…I will be at Target come February 9th.

So please….let me know your thoughts on whats On My Internets!