Canal St. Matin (my Parisian neighborhood)
So I’ve been in Paris for a full 9 hours now (this post was previously written last night), so that definitely makes me a certified expert on Parisian way of life. One of the reasons I’ve wanted to come here so badly…stems from something I don’t even remember. What I do know is that I’m a full blown Francophile. I guess it was seeing that first photo of the Eiffel Tower. I took French in High School for 3 years (and its come in handy too). I fell madly in love with Olivier Martinez after seeing Unfaithful in 2002 (its still one of my morbid yet favorite movies). I collect Eiffel Tower memorabilia and photos that are displayed throughout my apartment. So naturally I began to take note of some things very quickly.
1). Not all Parisians speak “a little English” some speak no English at all. I encountered this not a mere 5 minutes after exiting the airport, standing in the taxi line and being motioned to by the driver. The conversation went something like this…(and thank God for my high school Creole French Teacher who’s head and voice popped into my mind when he starting speaking hella fast French).
Him: In French: Where are you going?
Me: In Southern Twangy French: I want to go to the 10th neighborhood
Him: In French: What street?
Me: In Sounthern Twangy French: Rue de *******
Him: In French: What number?
Me: In Sounthern Twangy French: duex cent trois (203)
Him: In French: Ok
Me: In Sounthern Twangy French: How much?
Him: In French: 28 Euros
Me: In English: Sweet
Him: In French: ok
BOOM I busted all that out in French and understood the majority of what he was saying…even when he got us lost and I had to direct him using my iPhone. I was mentally exhausted after that conversation but felt like I won a medal.
2). The sidewalks are just as shitty (literally) as New York City. Guess people don’t really like picking up their dog shit here either.
3). Not all the women are skinny. They are mostly about average size with hips and sizable butts too. Guess its all those macaroons and bread.
4). The train doors will open before the train stops and you can actually almost fall out. Sometimes the train doors don’t open at all and you have to push a button for them to open and let you out. As well as sometimes they don’t open and you have to push a button to be let in. I learned this the hard way today.
5). If you can master New York City subways you can pretty much master any subway system in the world. I had no problems at all taking the train. I didn’t get lost.
6). Everyone smokes and I mean everyone.
7). Staring at people is normal and there is no shame of quick eye aversion if you are caught doing it. You simply keep on staring.
8). I should have bought more than one converter.
9). There are a lot of really good looking guys…and they all have girlfriends whom they are very much head over heels in love with.
10) My iphone is hella sensitive here. I barely tap it and it goes berserk. It takes me 5 minutes to send a text message because I can barely control the screen.11). French people love it when you tell them you are from New York…then they will start telling you how great New York is and how they want to visit. I was even asked about Michelle Obama today by a Frenchman who said he loves the Obama’s.12). It rains at least 3 times daily for about 10 minutes, then gets beautiful afterward. It is very necessary to carry a small umbrella at all times even when the weather says its not going to rain.

13). You’ll know when you’ve master French pronunciation when you give a store owner a return Bonjour and they continue speaking to you in French. If they switch to English…you’ve been detected.

Hope you enjoyed my list! Keep up with me on Instagram. I’m trying to post during my regular New York hours…but im exhausted at the end of each day so for you East Coasters the post will be coming at ya hella early for the remaining 2 weeks I’m here. Thanks so much for all the well wishes! 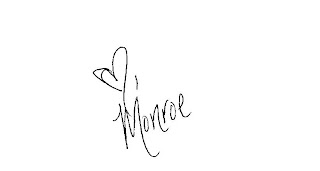